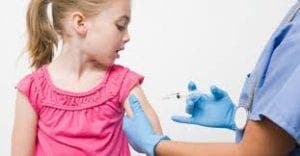 A DOCTOR who charged parents thousands for vaccinations has been sentenced to prison after it was revealed she was injecting children with saline solution.

The physician charged between €60 and €1,200 for the fake vaccinations after telling parents their kids were at a high risk of infection with diseases like measles and chicken pox.

One parent was scared into buying the jabs after the doctor, referred to only as Bernada, told her a child was dying in intensive care due to a deadly outbreak.

Bernarda worked at the Carlet medical centre and a private hospital in La Ribera de Alzira, both in Valencia.

She would charge much higher prices for the jabs than the pharmacies, even though the cost is usually covered by the Valencian authorities.

Most of her victims she had known for years and had become their ‘family doctor’.

She has been suspended from practicing medicine for two years, and has been forced to pay a fine of €600.

The judge is said to have taken into consideration the fact that she paid most of the money back and that she had no criminal record.

She will avoid jail time as her sentence is under the two years and one month requirement.