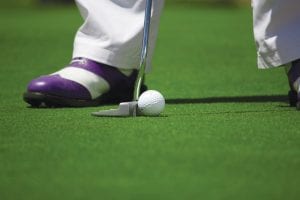 A look into the recent announcement of the Melbourne World Cup of Golf for the year 2018 in, to the delight of the players and organizers that has been waiting.

The past two editions of the World Cup of Golf were all played at Australia’s Sandbelt, in Melbourne. Because of this, many people waiting for the venue of that of 2018 to be announced did not know whether to expect the venue to be the same place another place. However, the latest news is that when the world cup of golf leaderboard is hoisted in 2018, it would still be at the Sandbelt, Melbourne, Australia.

The announcement made by the PGA Tour that the golf tournament will be hosted in the city in November 2018 makes it the third consecutive time that this is happening there. In the game of finesse, a lot of considerations are made before the venue for any serious competition is picked. This is because every top golf competition is not just about the sports, but also about the tradition, the entertainment, the glamour, and the showmanship. One of the most valued and most celebrated golf competitions in this sport is the world cup. Announcing Melbourne as the venue for the third consecutive year, the International Federation of PGA Tours talked about how they want to ensure that the already running Golf World Cup tradition is not thwarted. They are looking forward to bringing the best players from all over the globe together again at The Metropolitan. They believe that the golf clubs in the Sandbelt are very revealing of something great.

It would be recalled that this golf tournament has been in existence since 1953, and this is the 58th edition. Up to 25 countries have hosted the golf competition, and the two person teams that have attended this are up to 28 in number. The normal date for the golf games has been from 21-25 November every year. Here, the player that is ranked the topmost according to previous golf scores will pick a player from his team and play with them against the opponents. The format for the golf competition of 2018 is just slated to be the same with what obtained in 2016, and this involves four-balls for two days and foursomes for two days.

With the Melbourne golf encounter in November next year, the world cup would have been held in Australia for 6 times.

It would be recalled however, that the last two editions of the golf competition were in 2013 and 2016. These were won by Adam Scott and Jason Day, and Soren Kjeldsen and Thorbjorn Olesen respectively. The good thing for the country is that all four are from Australia. But no one is sure the best odds will be on Australian players come 2018.

The fact that each top golf player chooses his partner makes the camaraderie and spirit of competition higher in this tournament. The golf fans have been asking for this, but it was not possible till many organizations from the country joined hand in making it a reality. They include the PGA TOUR, Lagardere, ISPS Handa PGA Tour of Australasia, Golf Australia, and Visit Victoria. The golf events that are happening in the country for the third consecutive time include the Australian PGA Championship and the Emirates Australian Open.

In 2016, the event brought about 17 of the topmost 50 golf players to the region. This was something the fans enjoyed so much, and have been looking forward to again. So, this gesture by the PGA Tour is one they appreciate so much.