A MYSTERY accomplice in the infamous Hatton Garden raid is being urged to hand back millions of pounds by his fellow robbers after they had their sentences extended.

Ringleaders of the 2015 heist Brian Reader, 78, Terry Perkins, 69, and John ‘Kenny’ Collins, 77, must together pay back £6.45million of spoils from the safe deposit centre break-in – or face another seven years inside each.

Coming on top of the seven years they are already serving for the £14 million Hatton Garden burglary, it is equivalent to the gang now serving 21-year jail sentences for the heist. 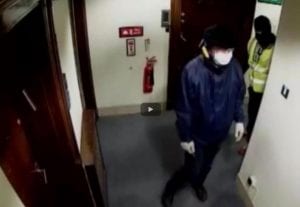 Reader, 78, and Perkins, 69, are both suffering major health injuries in jail, and are said to be the only gang members who know Basil’s identity.

Sources say they are trying to reach out to him to ask him to give back a large share of the treasure under his control.

Reader, AKA ‘The Master,’ lost out on the raid takings after deciding not to take part when the gang failed to break into the vault on a first occasion during the Easter bank holiday of 2015.

The following night saw a successful attempt, but Perkins was caught red-handed with his share of the spoils six weeks later.

Basil, who was able to completely conceal his face from CCTV cameras, was the only member of the gang to get away with the raid. 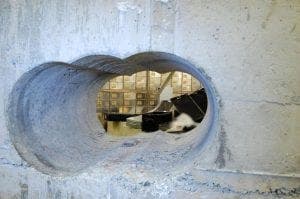 The lucky escape artist ended up with three suitcases of jewellery and gold bars and is believed to have grabbed treasures in hiding after the Flying Squad pounced.

Police don’t know much about the raider, other than he is thought to be a South London villain in his 70s.

He is thought to be keeping a low profile in Spain, but now his mates are urging him to come to the rescue.

Reader, Perkins, Collins and Jones all own property in Britain and abroad.

But a source told The Sun: “Basil ended up with the lion’s share of the dough.

“The others are desperate for him to hand back a good percentage of it or else they will die in prison. 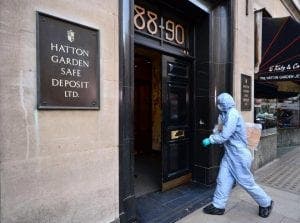 “There is no way Brian, Terry or Kenny will survive it.

“They had been due to get out at the end of summer this year on the burglary sentences but that is now looking like a pipe dream.”

Detectives hope the extra seven years could persuade either Reader or Perkins to name Basil.

However, former gang boss and blagger Fred Foreman, involved in the 1983 Security Express cash robbery with Perkins, said : “There is no way they will ever give up any names.

“They are both solid reliable men otherwise they wouldn’t have been on that job.”