A HISPANIC woman’s missing dog has sparked a race row on social media.

Rebecca Macias was dubbed ‘racist’ by Twitter users after she plead for help to find her black dog, named Negro.

negro is missing???? please if anyone sees him message me!!! pic.twitter.com/mo2l760hLi

Rebecca named the dog after the colour of his fur, but most of her replies on Twitter were criticising her ‘racist’ dog name.

You definitely ain't gonna find that dog now with a name like that…..

“You definitely ain’t gonna find that dog now with a name like that,” One user wrote.

You're touched that I'm stating the obvious??? It is what it is and I said what I said…. It's racist :)

As the debate picked up traction, users began blasting the Spanish language and saying the word for ‘black’ – negro – should be changed.

First of all the fact that negro is used in Spanish as a color is racist asf. The end https://t.co/JSZhtkqWAx

Many others argued that the word is not a slur in this context because it is literally the word for black.

Lol first of all educate yourself before you look stupid on social media. “Negro” is Spanish for the color black in English. This has NOTHING to do with black people ???????? she’s simply naming her dog a color not a racial slur. Smh so quick to bring the race card ???????????????

it doesn’t mean the same. the word in spanish means the color. if someone speaking spanish wanted to say the equivalence of the n word, they would say prieto, not negro

UPDATE: The dog has been found…

UPDATE: LOOK WHOS BACK HOME! thank you to everyone that helped and had our backs with these hateful comments. love y’all ???? pic.twitter.com/ybS1hDyZeK 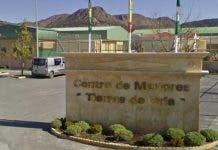