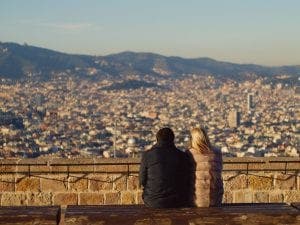 Life changes don’t come much bigger than moving home, and moving overseas is a good way to increase the challenge by a significant factor. The key is to prepare and then advance; once you’ve tackled the essentials, your move to Spain will be far easier and less stressful.

Whether you ease yourself into your new life gradually or are ready to take the plunge, there’s one essential every expat to Spain needs: language. English isn’t widely spoken, especially outside the major cities and resorts, and without a basic grounding in the language you’ll struggle to make yourself understood in more rural communities. The good news is that the majority of expats agree that the language is easy to learn, so try to make time for a course in Spanish ahead of your move. It will give you confidence and a solid base on which to build once you’re there.

Health tops most people’s list of priorities wherever they live, and the majority of expats find that moving to Spain results in improved physical wellbeing. Depending on the country you’re emigrating from, expats can access Spain’s highly regarded healthcare system and receive hospital treatment. However, in common with other countries with similar provision, the health service can show signs of strain, such as staff shortages and long waiting times, so it’s worthwhile looking into international health insurance policies that will best suit your needs and circumstances. Bear in mind too that if you’re thinking about applying for residency in Spain and haven’t reached pensionable age, private health insurance is an absolute requirement.

It’s the same everywhere: forms have to be filled in, paperwork has to be in order. The same applies to expats in Spain, and it pays to familiarise yourself with some key requirements. Top of the list is a foreigners’ identity number, the Número de Identidad de Extranjero, commonly referred to as the NIE (pronounced nee-yah). It’s a close cousin of the UK’s National Insurance number and is required at practically every interface between you and Spanish bureaucracy, from opening a bank account to buying a car – and, of course, buying a property. Obtaining an NIE is relatively straightforward and is likely to be your first encounter with official Spain, so be prepared for some differences.

Nobody has ever written in praise of bureaucracy, and Spanish red tape gets worse press than most. Make sure you have all your paperwork in hard copy as well as stored electronically and expect to visit offices in person rather than sending documents online (take a Spanish-speaking friend if you’re not confident in the language). Don’t expect updates from whichever authority you’re dealing with – it’s up to you to find out where in the system you are – and accept that there’s not much you can do to speed things along. If you’d rather not fly solo, you can use the services of a local gestor, a paid intermediary who knows the system from the inside. Local expats will probably be able to recommend one. 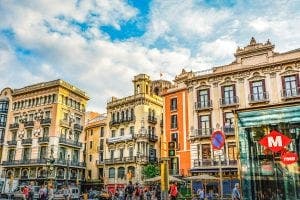 Families with school-age children will definitely want to do some homework before the big move. School is compulsory for children aged from six to 16 in Spain. Since pre-school is seen as essential preparation for school and society in general, provision is good and is available to children aged three to five. Still, around a fifth of expats surveyed in 2017 by Internations voiced concerns about the quality of education in Spain, and it’s true that school-life in Spain is very different from that in the UK. Some parents opt for an international school (mainly found in in cities), while others support their children through the state system. It’s a big question and there’s no right answer, but it’s good to know what your children’s options are and what to expect.

Get in the kitchen and do your homework

More fun than it sounds! Make time in your preparations for a crash course in Spanish food. As you’d expect, there are huge regional variations, from seafood in the coastal regions to homely stews in the remote mountains. But you’re never far from the ingredients needed to knock up a paella or frittata – and food is generally cheaper in Spain compared to the price of food in the UK. Vegetarians heading out for lunch, supper or a helping of tapas can have a lean time of it in Spain, and although meat-free restaurants are starting to appear in many areas, you may find that the best meals are the ones you cook at home.

While you’re learning the food, learn the rhythms too. Breakfast is the lightest meal of the day, but an occasional helping of cholesterol-laden churros (deep-fried dough dusted with sugar) should keep you going until lunch, which tends to be the main meal. Since lunch starts at around 2pm, reaches well into the afternoon and is chased down by a siesta, it follows that dinner is late; you’re unlikely to find dinner being served in restaurants until 7pm at the earliest. 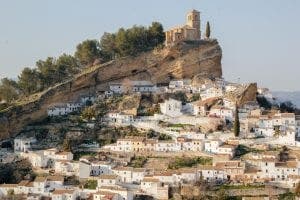 Like any country, the Spain you see now is a result of its past. Read up on the long and fascinating history of this extraordinary country and you’ll get so much more out of your life here. You’ll learn more than why the Alhambra was built, when the capital shifted up the road from Toledo to Madrid, and how the Basque Country differs from the rest of Spain. Knowing the background to recent events, from the independence movement in Catalonia to the still open sore of the 1930s civil war, will help you to avoid offending local sensibilities.

From the mouth-watering food to the rich history, there’s plenty to discover about this stunning country. Heed the tips and advice shared above, and you’re sure to enjoy a stress-free transition to your new life in Spain.

725 complaints to Ombudsman for alleged medical negligence in Malaga