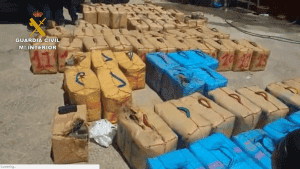 MORE than 7.5 tonnes of hashish have been seized following the dismantling of a Costa del Sol smuggling operation.

Some 10 suspects have been arrested.