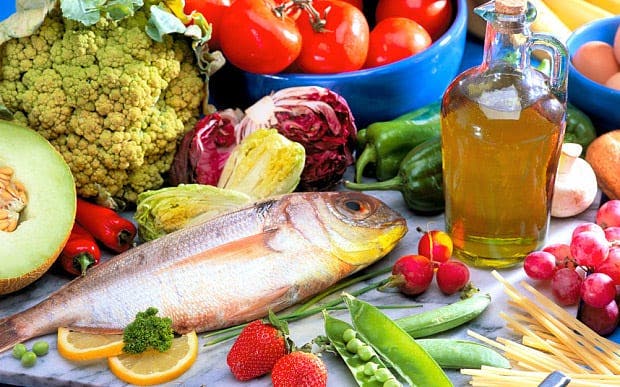 A WORLD health index has declared Spain to be the fittest nation on the planet.

Last year the University of Washington’s Health Metrics Institute ranked the country second in its healthy nations league. Now another major rating agency, the Bloomberg Healthiest Country Index, has gone one better and placed it top of its rankings.

The index classifies nations according to variables such as life expectancy, tobacco use and obesity. Environmental factors,such as access to clean water and sanitation are also taken into account.

The index gives Spain the highest life expectancy at birth among European Union nations and forecasts that by 2040 it will have the world’s longest lifespan, at almost 86 years, followed by Japan, Singapore and Switzerland.

Tobacco use is the only factor on which Spain does not score well. Its big plus appears to be its diet. Bloomberg quotes from a study by University of Navarra Medical School which concludes that eating habits are the key to the health levels enjoyed by Spain, and also Italy, placed second in the Bloomberg index.

“Mediterranean diet, supplemented with extra-virgin olive oil or nuts, had a lower rate of major cardiovascular events than those assigned to a reduced-fat diet,” said the study.

Spain’s high health ranking may convince many British expats they have made a wise move. But the health bonus only kicks in if they are prepared to live a Spanish lifestyle. That much-vaunted diet includes a large amount of fish and a moderate intake of red wine.

The lesson is: eat and drink like a Spaniard, just don’t smoke like one. Unfortunately, many Britons seem to do it the other way round, which may explain the UK’s ranking at No 19 on the list.

Bloomberg praises Spain’s public health system but expats find that access to it is limited and Brexit may curtail that even further for British citizens, although it seems likely that their rights will be preserved.

Spain operates a combination of private and public health care, with the latter available on a contribution-based system, meaning that you have to pay into the social security system in order for you and your dependents to have access to free health care.

Since more than half the hospitals in Spain are privately owned, most expats believe private health insurance is a wise precaution.

In particular, those intending to retire in Spain need to plan for the possibility of deteriorating health. Most Spanish pensioners are looked after by their own families. Unless you are fortunate enough to have family members close by, you may need to pay for care. Private nursing homes are expensive. Expect to pay between €2,000 to €5,000 a month for 24-hour care.

Planning is the key to a successful expat life and health care should be budgeted for as part of your wider financial planning. My advice to expats is to take good, impartial advice and make your plans as early as possible.

A good financial adviser will help you set a plan for getting and keeping your finances in shape. Woodbrook Group are experts in the field. We are not owned by any financial institution or life insurance company. This makes us different from the majority of financial advisory companies and means we can offer you unbiased and impartial advice tailored to your individual requirements.

So, while you try to keep your body in shape, we will help to look after your bank balance.

Michael Doherty is CEO of the Woodbrook Group