NOW most of you reading this will have been ‘lolling’ for years – firstly, back when it became cool to abbreviate every possible word to make sure a quick text message was sent to the love of your life before your boss walked in and caught you on your new shiny – and incredibly heavy – Motorola flip phone.

This ‘LOL’ was, for the lovesick but lazy folk, a very handy acronym for ‘lots of love’. Thereafter, much confusion arose when some bright spark decided that ‘LOL’ actually means ‘laugh out loud’.

The main problem with this new ‘Lollerism’ was that much confusion ensued in the transition period and people took a while to realise that they were not loved at all, but just plain funny.

But these abbreviations, however useful, were not originals, because in fact, the original LOL is me!

Me being, Loraine (yes with just one ‘R’ as my mum was never the greatest when it came to spelling).

I was named after some obscure film star back in the day, when all phones were attached to walls, petrol came in gallons, the TV had a total of two channels to choose from and a tablet was what you were given to stop you being car sick!

‘Nothing wrong with that name’, I hear you say, and I would agree and all was fine, UNTIL, at the age of around two, an obscure family member, who couldn’t pronounce her ‘RRRs’ decided to call me ‘Lollipop’ instead!

And so my fate was sealed… I was now ‘Lollipop’, and these damn things are sticky!

Gradually, as time went by, I was abbreviated to ‘Lolly’. Eventually, my dad must have taken a look at this very plain and quite podgy 10 year old about to go to secondary school and took pity on me.

Clearly not enough pity to actually reinstate the name he and my mum had given me, but I was, at last, being fashionably abbreviated to ‘LOL’.

So there you have it… I was the original, fat, freckled and frustrated ‘LOL’!

Now that you have had your history lesson, I will fill you in with the reason I am even here in this first edition of The Costa Blanca Olive Press.

Some of you may have heard the name of Javea Connect being bandied about now and again if you are local to that particular part of our Costa.

Well I am actually ‘Ms J.C’ the founder of the Facebook group, Page and website and I have been graciously invited by Jon Clarke, the editor of the Olive Press, to say a few words of Lolling wisdom from time to time, in the hope that I can offer a Light-hearted, Original Look (LOL for short!) at life here in our little haven in Spain.

What I can promise is that my features will be mainly tongue in cheek, hopefully amusing and an entirely Brexit Free zone (mostly!). 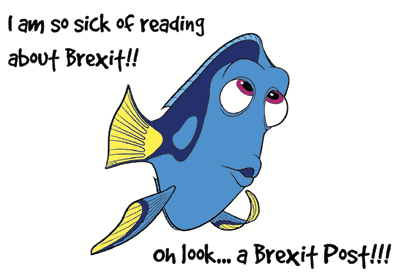 I know I said I would not mention the ‘B’ word BUT I have to say that the whole Parliamentary Gala Performance is taking its toll on me.

My 20,000 members have been going at it hammers and tongs since Theresa May’s angry speech last week, with both sides fighting to convince the other they are wrong or misinformed.

Sunday in particular was ruined by the phone pinging constantly with disgruntled people’s messages asking that I remove or delete comments or close off discussions on the subject!

Talk about Brexstress. Thank god for Senor Larios for keeping me sane.