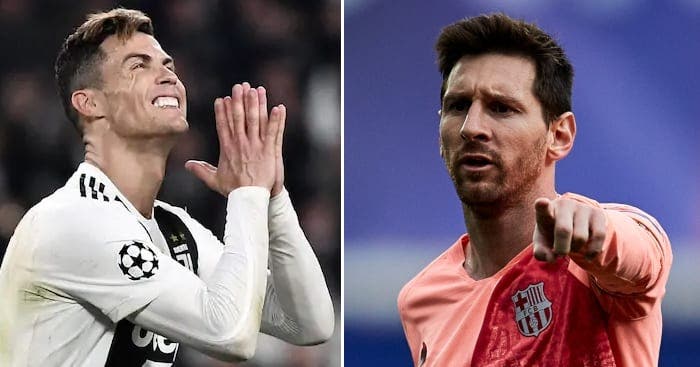 Lionel Messi and Cristiano Ronaldo are two of the best footballers of our generation, and that statement is not even up for debate.

Both players have had successful careers winning the most prestigious trophies in this sport, and both spent their prime years in Spanish La Liga playing for Barcelona and Real Madrid.

It’s difficult to say which one of these two fierce rivals is better, as both fan groups have their arguments. However, Betting-Sites did an interesting infographic comparing these two football giants, and it’s definitely worth taking a look at.

Messi and Ronaldo have both lifted the Spanish club football to another level. During their tenures in Barca and Real, each club won four Champions League trophies, which accounts for almost half of the titles that the clubs from Spain previously won in the competition.

Due to their leadership, they’ve made their respective clubs even more attractive to other star players, as everybody wanted to play alongside them and get a shot at becoming a champion. Moreover, the Spanish league was better overall because of them and became more competitive with other clubs such as Atletico Madrid, Sevilla, and Valencia all trying hard to stay in touch with them on both the domestic and the European stage.

While Ronaldo isn’t a member of Real Madrid anymore, he spent his best years here, and during his time with the club, he cemented Real as the most successful team in European football history. Although many great players wore Real’s jersey over the years, Ronaldo is probably going to be remembered as the best and most influential one.

Messi, on the other hand, remained loyal to Barca ever since his teenage days, and it is likely that he will finish his career here. He won four Champions League titles with the club from 2006 to 2015, and he was the key part of every squad that reached this success. Just like Real Madrid, Barcelona was fortunate to have many legends in their team history, but Messi is surely going to carry the title of their best player ever for a long time.