A SWEDISH expat has been arrested in Marbella after renting out other people’s property to the tune of tens of thousands of euros.

The 28-year-old, of Iraqi origin, is accused of four crimes of fraud and two of misappropriation for leasing a luxury home and two supercars to other people.

The young man was cuffed while staying at a hotel in Marbella.

He allegedly made renters believe the luxury home was his property and charged them €6,000 rent per month.

However the fraudster was rumbled when he booked two sets of victims for the same dates.

While one victim was still staying in the home, having paid the monthly rent, another two people arrived having just coughed up €6,000 and a €1,200 deposit themselves.

According to police, the true owner of the house was completely unaware of what was happening.

Some of the ill-gotten gains were deposited in the bank account of the suspect’s partner.

Police also discovered that he had been renting out two high-end vehicles, despite them being owned by a rental car company.

At least one of the cars was rented to a woman who was allegedly paying a ‘high amount’ for it.

A police raid on the vehicles and the man’s hotel room revealed damning documentation relating to the crimes, a simulated pistol, a large machete, a box containing metal pellets and luxury clothes. 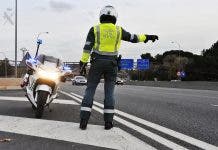 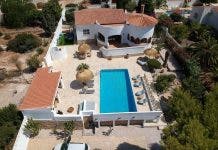