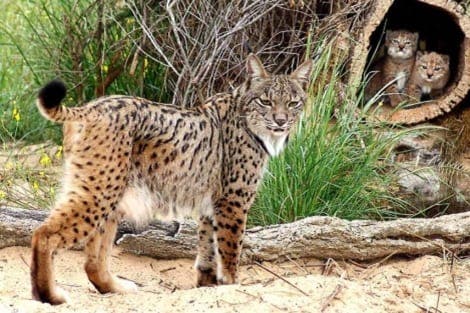 AT least 23 lynx were run over and killed in Andalucia last year, new figures have revealed.

According to WWF, this number rose to 35 nationwide, accounting for around 5% of the population of the protected wildcat.

It comes after progress was made on modifying the A-4 road in Sevilla last year, a black spot when it comes to lynxes being hit by cars.

However the WWF said more work is to be done on the road in the Ciudad Real region.

The N-420, which saw two lynxes hit last year, is already being modified to be safer for the wildcats.

In general, 2019 was a positive year for the Iberian lynx, with an estimated 150 believed to have been born across Spain and Portugal.

It means the population has increased by 22.4%, according to estimates.

The population is now believed to be between 820 and 830.

John Culatto - 9 Jul, 2020 @ 18:50
THE second meeting of officials to discuss Gibraltar's future relationship with Spain in terms of citizens' rights was held today at the Garrison Library.