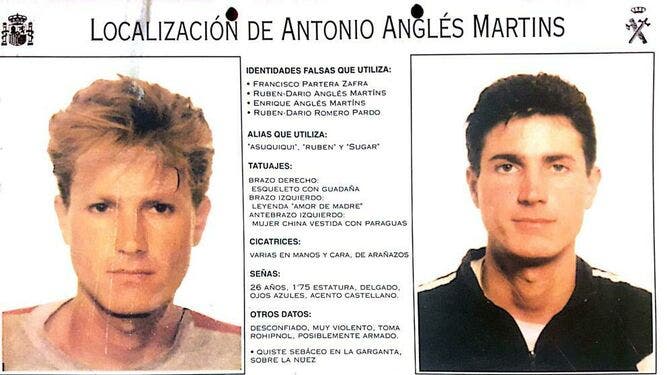 SPAIN has officially asked for collaboration with the UK authorities to track down a fugitive who raped and murdered three girls in Valencia back in 1992.

The request has been made via a European investigation order in relation to Antonio Angles, who vanished immediately after the bodies of his victims were discovered.

Angles is believed to have escaped as a stowaway on the City of Playmouth, a ship which was heading to Ireland.

Police will now be re-interviewing its captain, crew and any witnesses to determine how he could have escaped from the cabin.

Angles kidnapped, raped and murdered Miriam, Toni and Desiree, aged between 14 and 15, in Alcasser, Valencia, in one of the country’s most shocking ever crimes.

He was aided by his friend Miguel Ricart, who helped subject the girls to a night of torture after tying them up in an abandoned house on a mountain.

One of the girls had her right nipple sliced off before being stabbed twice in the back.

The other two were pelted with sticks and stones before being shot and buried.

All three were raped during the course of the night.

The girls had been picked up while hitchhiking for a lift to a nightclub in the nearby town of Picassent.

While Ricart was released in 2013, Angels was never located and police have not ruled out that he may have died by throwing himself into the sea from the ship he escaped on.