SCAMMERS have been out in full force during the state of emergency, looking to capitalise on the current state of events.

Since yesterday, messages on WhatsApp have been going around, offering people free products once they insert their payment details.

One of these is popular Spanish supermarket chain Mercadona, where the scammers claim that the supermarket is offering coupons up to €500 for free.

A concerned British expat who contacted the Olive Press with this message felt it’s his duty to make people aware of this fraud, as ‘there are people who are being scammed by giving their personal details’.

In addition, another British expat contacted the Olive Press with a WhatsApp message he had reportedly received from the famous beer, Heineken.

Apparently the Dutch company was offering four barrels of the alcoholic beverage for free once people entered their details, once again trying to steal their money.

The expat who lives in Ronda said that he realised straight away the promotion wasn’t real, but clicked on the link out of curiosity, but is ‘worried in case people try to fill out their details.’

Neither Mercadona nor Heineken are in any way connected to these fraudsters who are using these well-known brands to cheat people. 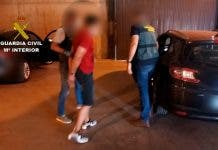 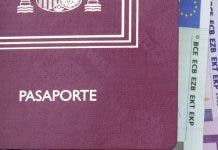 Simon Wade - 27 Oct, 2020 @ 09:15
AN ALICANTE man is believed to have hired a pair Colombian hitman brothers to murder a beach walker by shooting him in...