TWO police agents were injured as an illegal beach drinks party in the Cabo de Palos area of Cartagena in Murcia.

The botellon involved around 70 teenagers who flouted social distancing rules and did not wear masks.

Residents called the Cartagena Policia Local in the early hours of Wednesday morning(August 5) to complain about the noise coming from the illegal gathering based on Levante beach next to the Paseo Maritimo.

Police resources were already stretched as two patrols had to deal with two other botellons in the middle of the night, and they did not reach the scene until around 4.00am.

The arrival of the police cars saw some of the youngsters flee the area to avoid being fined, with just four agents having to sort out around half of the original 70 party goers.

The officers had tables and chairs thrown at them, and an attempt was made to steal a mobile phone from one of their vehicles.

A move was made to arrest one youth but it ended with a female officer being assaulted and confronted by a group of the teenagers, after she asked to see an ID document.

The ID card was thrown onto the sand and when she knelt down to pick it up, she was struck on her hand and subsequently needed medical treatment as the young man ran away.

Reinforcements were called in as the youngsters dispersed from the beach which was left littered with bottles and plastic bags.

One teenager has been denounced for attacking the police and an attempt is being made identify a second individual who faces a similar charge. 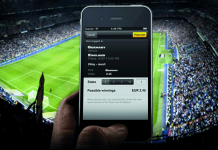 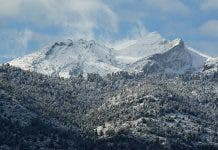