Home Alicante Dog survives being pulled for 50 metres by car driven by angry... 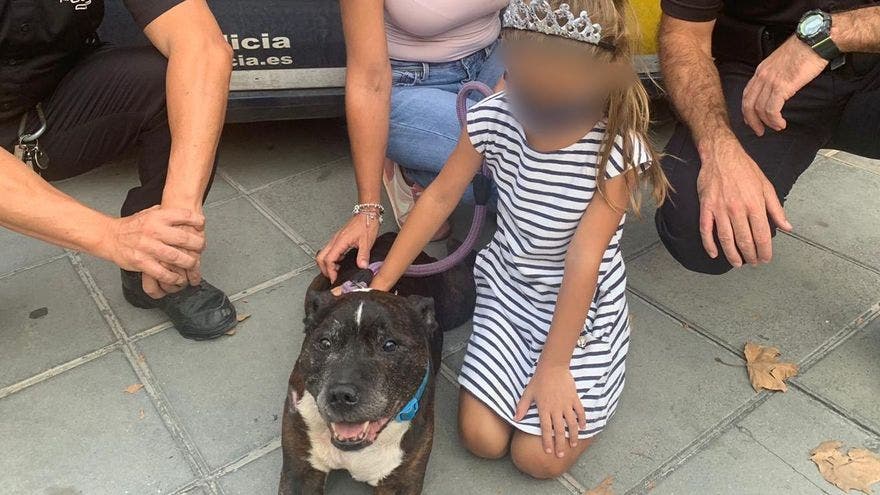 A DOG escaped with minor injuries after being dragged for 50 metres by a car that sped off from an Alicante pedestrian crossing.

The Policia Nacional subsequently arrested the male 29-year-old driver for an alleged crime against a domestic animal, after its lead got entangled with the back of the vehicle.

The Staffordshire bull terrier, Oscar, was treated at a vet and has made a full recovery.

The incident happened when a family and their friends were using the crossing much to the irritation of the motorist who rudely gesticulated at them.

One of the pedestrians responded in kind and the driver started to rev up his car as if he was going to plough into them.

The group scattered including a young girl who was looking after Oscar.

She let go of him and his lead got entangled at the back of the car.

The 12 kilo dog was dragged along the road for around 50 metres before the lead came loose.

By-standers shouted at the driver to stop, but the Policia Nacional said that he carried on and ‘skipped several red lights and put the lives of pedestrians at risk’.

Witnesses took photos and videos of the car, and together with one person getting partial details of the car number plate, agents were able to track down the offender.

He told the Policia Nacional that he drove off because he ‘was scared’ when he saw in his rear view mirror that several people were running after him.

He added that he had no idea that the dog had been pulled along by his car.