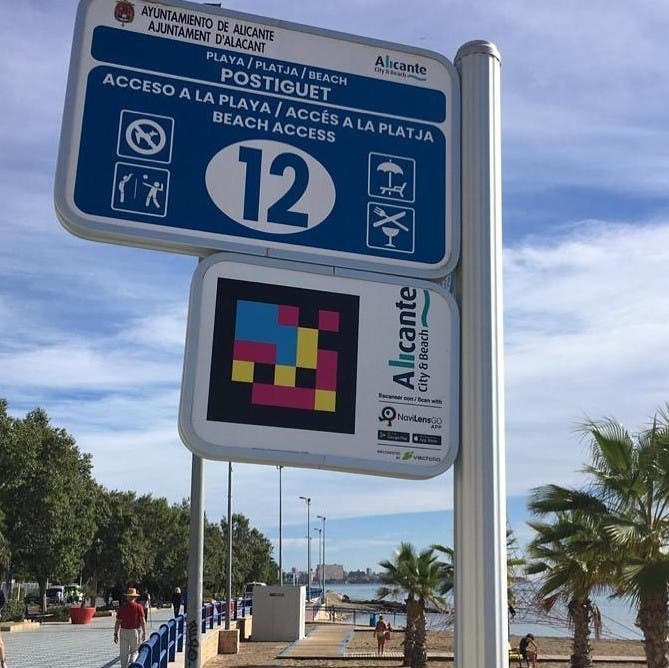 A COSTA BLANCA city is claiming the crown of having the world’s first fully-digital beach.

The technology has been developed by the University of Alicante and the Neosistic company.

It’s already used on Alicante buses, as well as on the New York and Barcelona transport networks to provide information.

It is especially helpful for visually impaired users thanks to use of visual arrows.

A massive plus is the actual physical range of Navilens.

Rather than using QR codes linked to mobile phone apps, it operates off its own system of coloured BIDI codes that can be picked up at a far greater distance, namely 12 times further.

“El Postiguet is the world’s first beach that is totally digital and inclusive. If we mention tourism now, we have to look at digitisation and being inclusive.”

13 NaviLens BIDI code points have been installed at the beach entrances.

A free downloadable smartphone app will allow access to real-time information in 33 languages.

Oil not be back: Last oil rig in Spain to close, ending 60 years of extraction in the country

Oil not be back: Last oil rig in Spain to close, ending 60 years of extraction in the country

Staff Reporter - 13 Jun, 2021 @ 17:01
By Nickacia forrester Petrochemical giant Repsol will stop extracting oil in Spain this month as it responds to new environmental laws. This decision puts an end...

Someone to turn to: Wondering about mental health options in Andalucia and Spain?

King of the Castles: Five of the most beautiful castillos to visit in Spain

Stuffed: Gang of four arrested in Spain for smuggling drugs in cushions