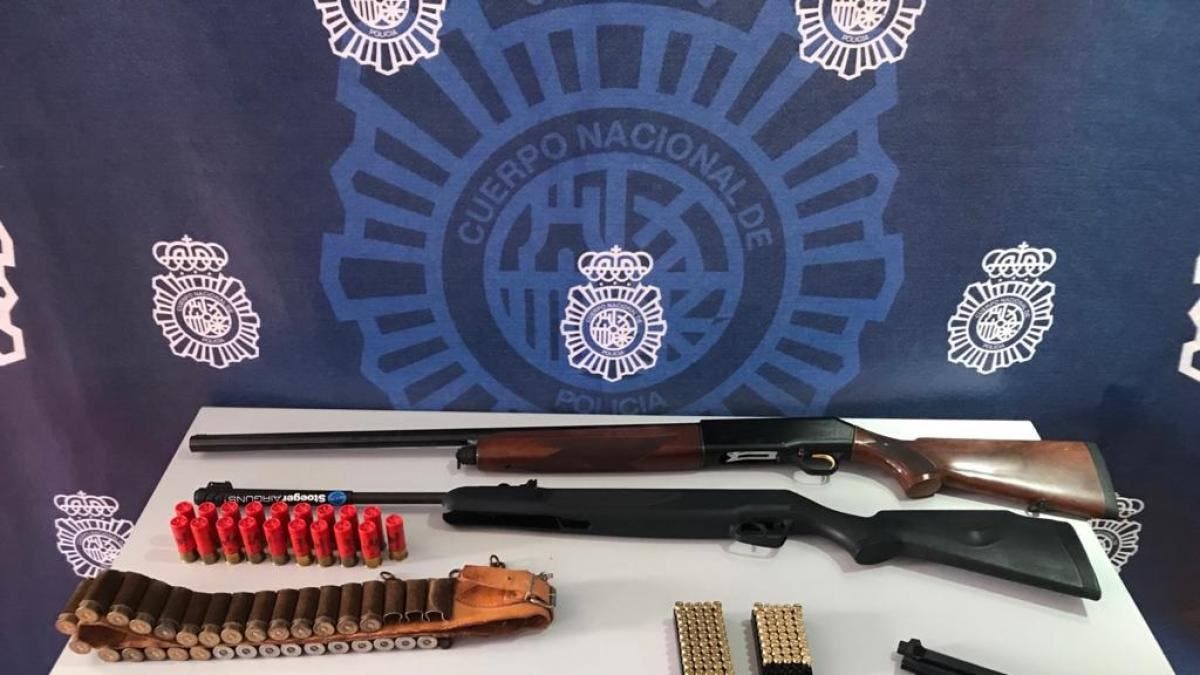 THREE loan sharks who threatened violence against debtors have been arrested in Benejuzar on the Costa Blanca.

The Policia Nacional detained the trio, all members of the same family, after an Elche man said that he had to endure two years of threats over a €65,000 loan.

Agents found a large haul of guns and ammunition at one of the Benejuzar addresses belonging to the gang.

It’s believed the crew made hundreds of thousands of euros from their operation and investigations are still continuing.

The Policia Nacional said that their income allowed them to buy properties and cars, and described the extortion as a ‘way of life’ for the gang.

The loans were given to desperate local business owners who had to deal with excessive interest rates and penalty clauses.

After the first complaint from Elche, four other businessmen were identified as suffering at the hands of the loan sharks.