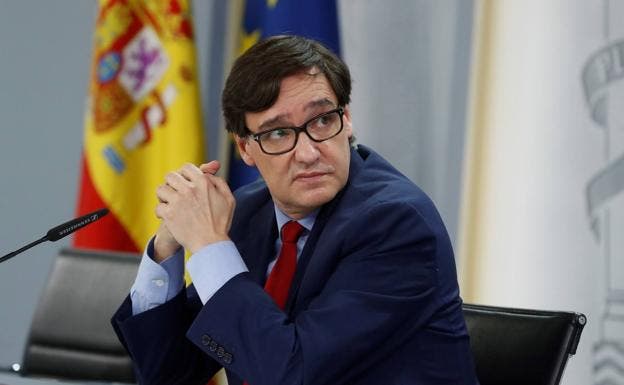 NURSING home residents and staff will get the first mass access to the COVID-19 vaccine in Spain.

The country is set to receive 140 million vaccine doses and Health Minister, Salvador Illa, said today(November 24) that the first round of injections should start in January.

Health workers will be vaccinated after nursing homes have received their jabs.

The country’s vaccination plan was unveiled in Madrid and it’s been estimated that two point five million people will be immunised between January and March.

The timetable is dependent on final safety approval being granted for the vaccines.

18 population categories have been designated based on the risk of being infected with COVID-19.

Salvador Illa said: “The vulnerable will of course get the first injections. We have worked out the list of priority groups and we will make them known in due course.”

The Health Ministry, via the European Union, has signed or finalised deals with six pharmaceutical companies.

140 million doses are in the pipeline which are capable of treating 80 million people.

Spain’s total population is over 47 million but the extra order is as insurance in case of any delays.

Surpluses would then be made available to poorer countries.

As to safety, Salvador Illa said: “It is just as safe as all of the other vaccines like for flu but taking it will not be compulsory.”

The jabs will be free of charge and administered by local medical centres.

The understanding is that those centres will launch vaccination programmes and contact the relevant people at each phase of the inoculations.

“We expect to have to covered a substantial part of the population within the first six months of 2021,” Salvador Villa added.