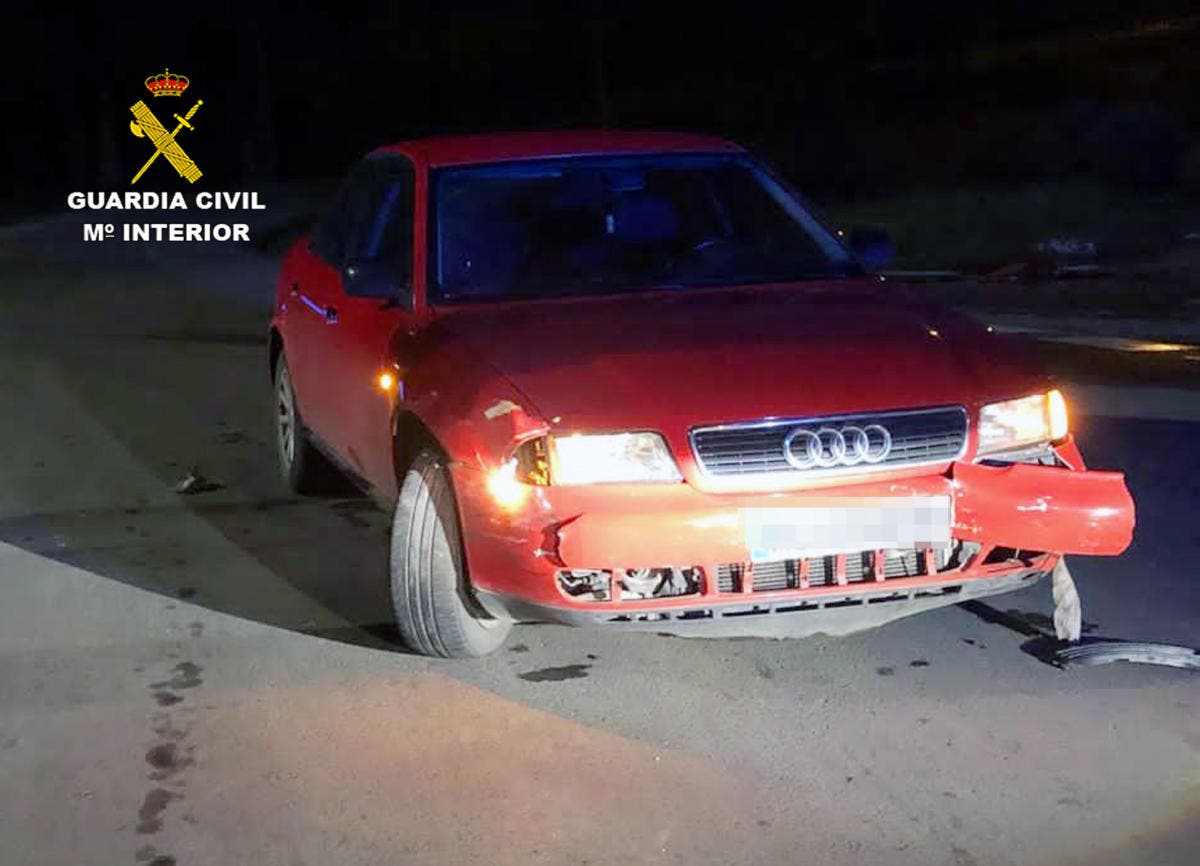 A DRUNK and unlicensed Torrevieja motorist drove four kilometres against oncoming vehicles on a Murcia region motorway before crashing into another car.

The Guardia Civil arrested the 20-year-old Moldovan national after a head-on collision on the N-332 in the Los Alcazares area.

The man’s charge sheet includes reckless driving, drink-driving, and not having a licence or insurance.

Investigations revealed that the rule-breaker joined the AP-7 motorway at San Javier and drove for around four kilometres towards Cartagena on the wrong carriageway.

His dangerous journey came to an end when he left the AP-7 and hit a vehicle on the N-332.

Nobody was injured and the errant driver was found to be more than double the drink-drive alcohol limit.