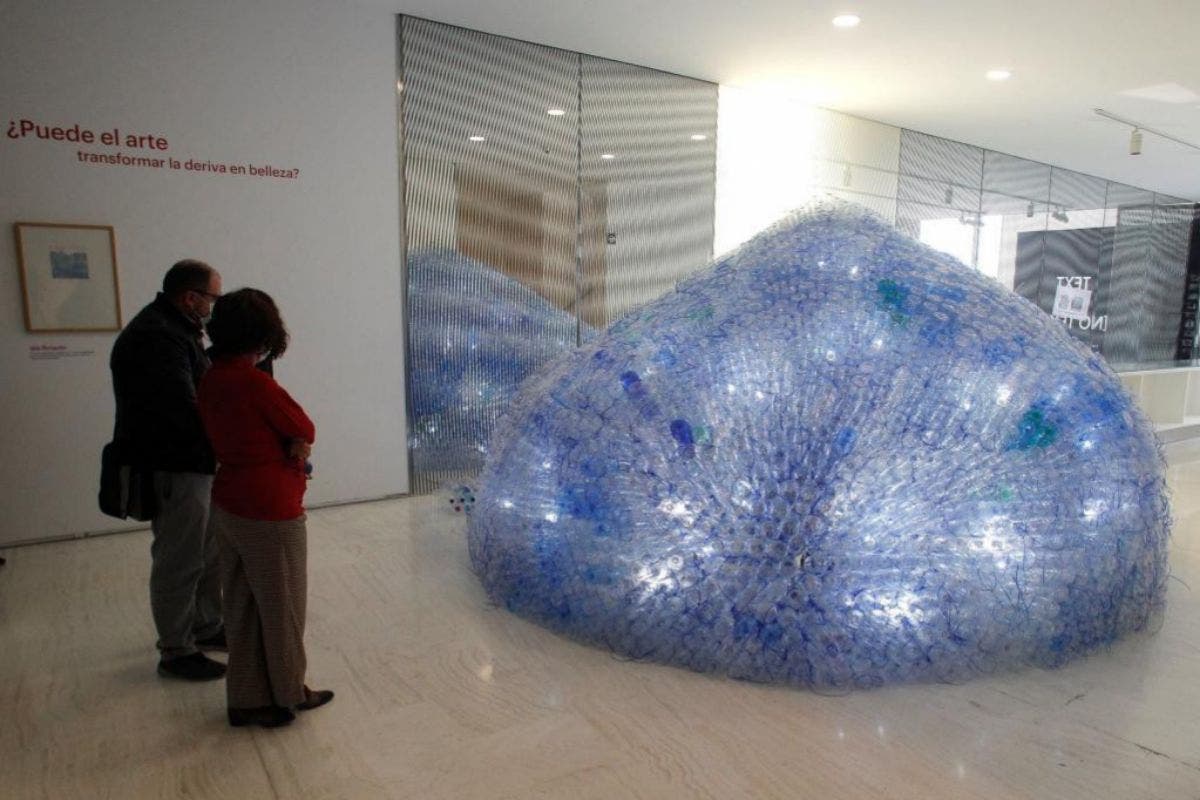 A ‘floating island’ sculpture consisting of 3,612 plastic bottles is on display in Alicante to highlight the problems of environmental pollution in the world’s oceans.

The idea was conceived by local artist Olga Diego.

It was originally going to be a large floating plastic sphere placed in the waters of La Albufereta beach for a few days in March.

Pandemic restrictions put paid to that idea, so Diego decided to go for an indoor alternative,

The fruits of her labour have been on display in Alicante’s Museum of Contemporary Art.

Olga Diego said: “Art is a way of sending out a message over things that can improve our lives and I hope that the floating island can do just that.”

The inspiration for the piece came several years ago when she heard that a large area of plastic pollutants had gathered in the Pacific Ocean.

“If the Earth continues the way it is, it will not last for long,” commented Olga.

The ‘floating island’ was created with the help of students from the Miguel Hernandez Institute, who put together the plastic bottle collection, all of which is recyclable.

The three-dimensional exhibit encourages people to use less single-use packaging and has lighting within it.

She created a square hot air balloon out of plastic in 2015 which she then took for a journey over Elche’s Carabassi beach.

Three years later, she spent 58 hours locked away in London’s SCAN Project Room in a non-stop drawing marathon to see how far she could stretch her creative process over a long period.