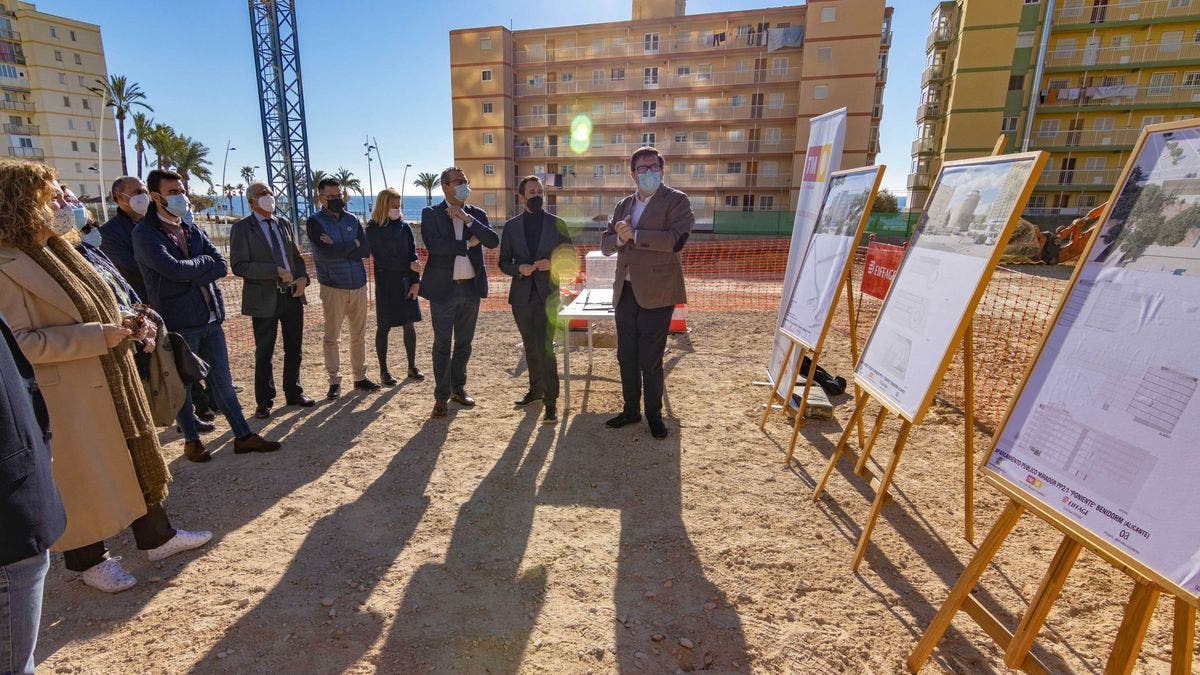 WORK has begun on a major new multi-storey car park in Benidorm on the Costa Blanca.

The seven-storey facility is being constructed in the Poniente area of the resort and will have space for over 450 vehicles.

The park will be a few metres from Avenida Armada Española and will especially cater for people wanting to use Poniente beach.

The structure is being constructed by the Torrevieja-based builder Grupo TM at a cost of €2.2 million, and is expected to open early in 2022.

Parking is at a premium in Benidorm in normal tourist times with major problems experienced by visitors around the Poniente area.

Mayor, Toni Perez, claimed that the new facility was ‘an investment for the future’ and would have a ‘major social impact’ on the area.

The car park will also have a special viewpoint at the top of the building.

Toni Perez said:- “The structure is located at the heart of Poniente’s economic hub and will fully respect the local environment.”