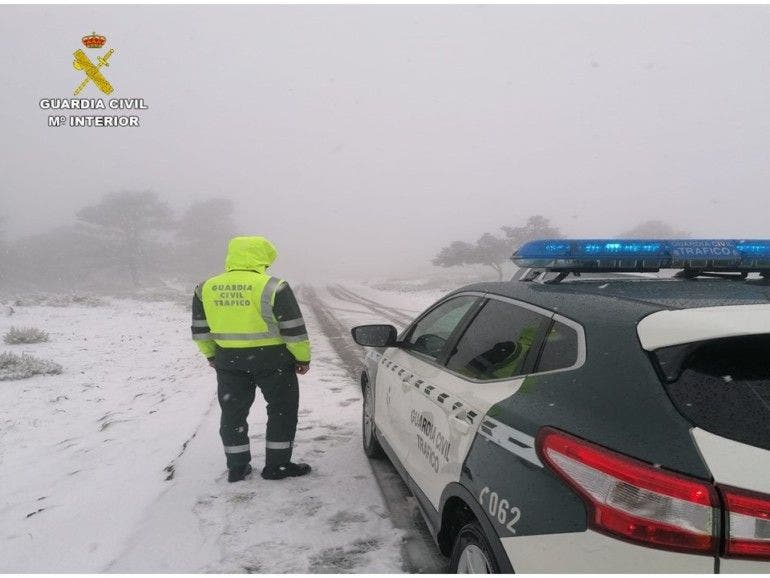 SNOW in the Alicante Province mountains over the weekend brought out motorists who got stuck after going for a pleasure drive.

Storm Filomena brought problems to several mountain routes which were made even worse by sightseers.

The Guardia Civil said that 14 people were trapped in their cars in the Sierra de Aitana area after specifically leaving their warm homes to look at the snow.

Councils like Xixona slammed the ‘irresponsibility’ of motorists for blocking off important communication routes.

Up to 40 cars on the Xixona to Torre de las Macanes road were forced to turn back after ignoring a plea not to travel.

Warnings were also issued to stop snow-seeking drivers entering and exiting the Alcoy area because the municipality is operating a closed border due to high coronavirus infections.

Temperatures barely reached seven degrees during the day in some high inland areas of the region like Alcoy, Ibi, and Villena.

Storm Philomena’s impact on Alicante Province was by comparison mild compared to other parts of Spain, like Madrid, with up to 50 cms falling in the capital on Saturday..

That made it the largest snowfall around the city since 1963.

Spain’s Interior Minister, Fernando Grande-Malaska, said that by Saturday evening, around 2,500 trapped motorists had been freed by emergency services and army snow ploughs.