Home Coronavirus ‘OUT OF CONTROL’ verdict on spiralling COVID-19 cases in Spain’s Valencian... 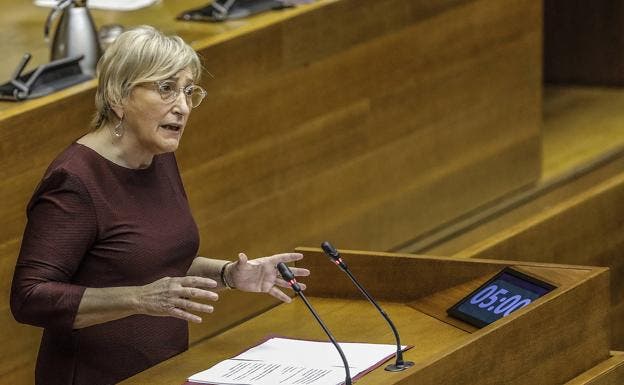 VALENCIAN Health Minister, Ana Barcelo, has described the spread of the coronavirus as ‘uncontrolled’ in the regional parliament today(January 25).

Speaking to deputies in Las Cortes, Ana Barcelo said:”Community transmission of the virus is out of control and widespread in the Valencian Community.”

The minister was briefing fellow-politicians on the latest situation, including new weekend city border closures and restrictions on social gatherings that were announced yesterday.

“The number of new virus cases, deaths, and hospitalisations are well above those seen in the first wave of the pandemic,” added Barcelo.

Parliamentarians were given a batch of fresh statistics to back up the severity of the situation.

The cumulative number of COVID-19 cases over a week stands at 529 per 100,000 people, which is well above the national average.

5,163 outbreaks have been reported since the start of the pandemic, with almost 70% down to family and friends socialising within homes.

Over the last week, the most vulnerable age group to catching the virus is the 35 to 64 age category accounting for 39% of new cases, compared to 26% of the over-64s.

In regard to the vaccination programme, Ana Barcelo said: “105,000 people have been vaccinated in the Valencian Community of which 4,500 have already received a second dose.”

She added that March will see the start of the vaccination of all people aged 80 and over, which totals around 276,000 residents in the region.