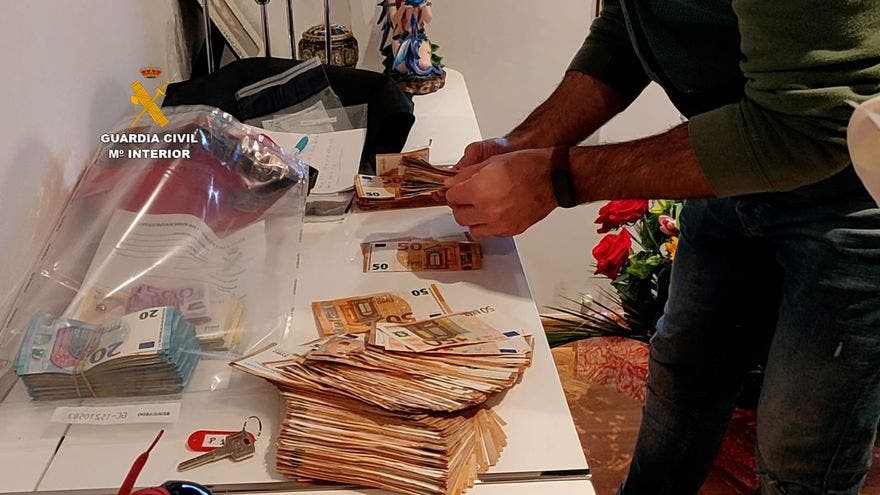 A woman pretended to be the illegitimate daughter of dictator General Franco or Emeritus King, Juan Carlos I, as part a €4 million Costa Blanca-based con.

Ten people were arrested in Elche and Guardamar for running a cut-price property scam which defrauded over 100 people.

They scoured for victims as far as Barcelona, Madrid, and Tarragona, as well as in several European countries including Sweden and the Czech Republic.

The Guardia Civil said that in eight months of operations on the Costa Blanca alone, the crew ‘laundered’ close to €1.5 million in bank transfers.

The wheelchair-bound 50-year-old female gang leader was described by the Guardia as a ‘historical con artist’ who lived ‘the high life’.

She pretended to be a millionaire child of Franco or Juan Carlos to help reel in new victims who wanted to socialise with her and trusted every word she said.

The unnamed leader had been previously imprisoned for scams and employed 15 people on monthly salaries of €4,000.

The con was a simple one, with the fraudsters scouring the internet for genuine properties to sell at just 20% of their actual market value to eager buyers.

The catch was that to secure the bargain, purchasers had to immediately pay the asking price without even visiting the property.

A law firm in Guardamar, employing professional lawyers, was specially set up as a front for running the fraud.

Sums of between €25,000 and €40,000 were banked from the buyers, who then lost contact with the gang, who used bogus names and incorrect contact details.

The swindled money was used to buy expensive items or to finance other crimes including conning a jewellery shop out of €20,000.

The gang leader was refused bail after appearing in court.