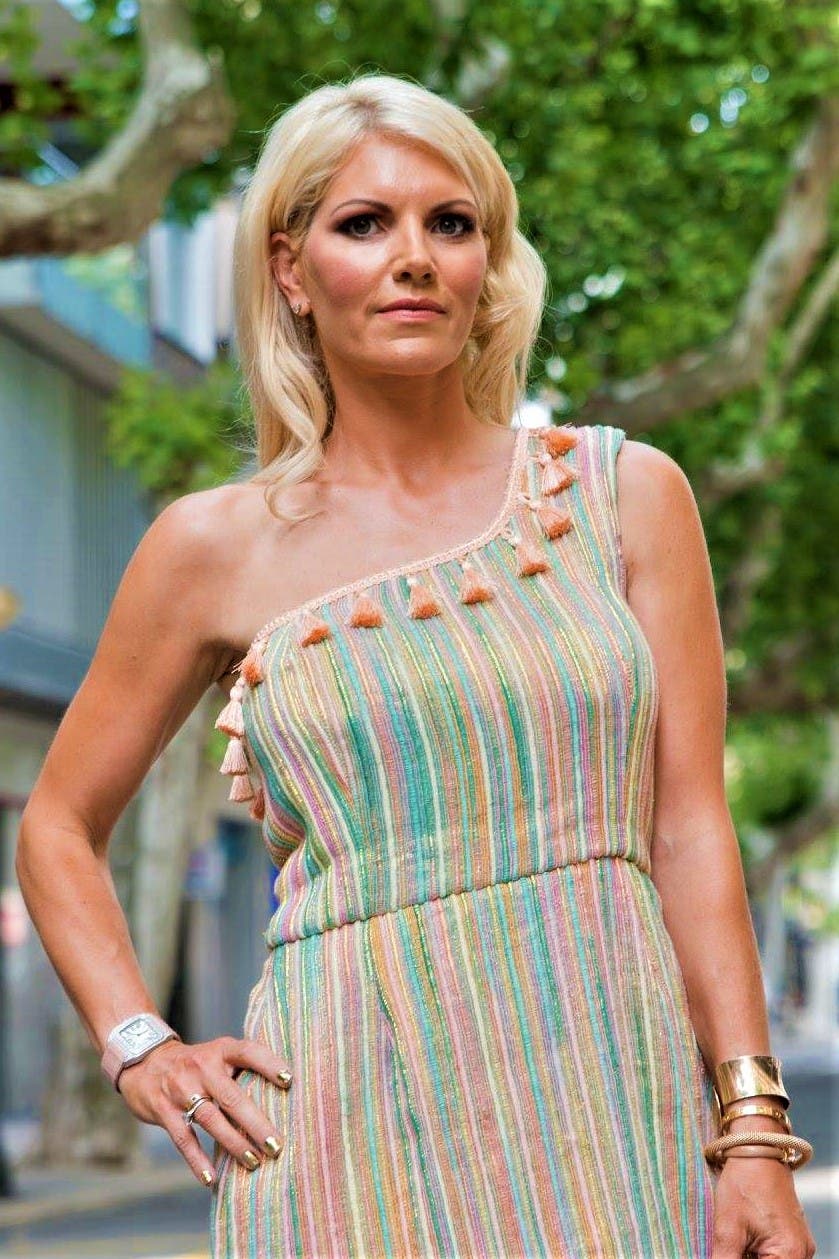 AN expat fashion designer behind the alleged loss of €35 million of investors money has insisted regular threats of violence were behind her involvement with the company.

Jody Smart, the sole director of failed firm Continental Wealth Management (CWM), accused her former partner of being the real owner and aggressively forcing her to be the figurehead on paper.

The ex-fashion model told a court hearing how her ex-lover Darren Kirby frequently turned violent and aggressive when she threatened to quit.

She told a judge at Denia Court that every time she tried to leave the British-run pension company, Kirby would get violent.

And despite failing to report Kirby to the police, because she was ‘afraid’, she has kept videos and phone messages of him threatening her.

She was giving evidence in a private prosecution by 17 of up to 1,000 British pensioners, who put their savings into Alicante-based CWM, which collapsed in 2017.

The private action accuses Kirby and Smart, along with Paul Clarke, and Stephen Ward of fraud, disloyal administration, and forging victims’ signatures onto investment dealing instructions.

A judge will decide whether there is enough evidence for a full trial to go ahead.

The solicitor leading the private prosecution, Antoni Bertomeu, told the Olive Press: “The most significant aspect of the hearings was that the accused did not deny that CWM was responsible for any wrongdoing.”

“They are merely trying to save themselves by saying they knew nothing about it and had nothing to do with it,” he added.

The prosecution has resumed after oral testimony was suspended last spring due to the pandemic.

Statements last year from ex-employees of CWM said that the claimants had lost their money due to risky investments.

Answering questions from the judge, Jody Smart confirmed she became a partner in CWM, formed by Darren Kirby, in 2012.

In the testimony, seen by the Olive Press, she also admitted he transferred up to €8,000 a month into her private bank account through to 2017.

Smart said she only put her name to the firm to help out Kirby who was having ‘issues with his wife’ and wanted to stop her accessing company assets.

Smart, who owns clothes company Jody Bell SL, declared that her livelihood was fashion and insisted she had no knowledge of what went on with CWM.

She added she was merely the ‘face’ of the company.

She did however, refuse to answer questions from Bertomeu, who has been leading the private prosecution for two years, and left the Denia courthouse via an emergency fire exit.

Case coordinator Angela Brooks, who brought the 17 claimants together, told the Olive Press:

“Watching the defendants walk in and out of court was disgusting as they bobbed and weaved to get out of the way of photographers.”

One of these was Paul Clarke, who was involved in helping Kirby build up CWM.

He denied forming the company and being Kirby’s business partner, claiming he merely helped in the office and trained some staff members, as well helped do some supermarket shopping and ‘getting Darren coffees’.

He added that he left in August 2010 because of Kirby’s ‘aggressive and abusive’ attitude.

Clarke went on to run other businesses, including AES International Spain, but told the hearing that he is currently unemployed.

He also refused to take questions from Bertomeu.

Another of those grilled was advisor Stephen Ward, who ran Moraira-based Premier Pension Solutions, which ceased trading in 2017.

Ward admitted to having worked with seven of the claimants, and confirmed that his company had a business collaboration with CWM.

He insisted that he was never paid ‘a single cent’ from CWM and merely shared clients with the firm.

The judge has now asked for full details of the complainants investments.

“All the risk assessments will have to be provided which prove that the clients had their money placed into high-risk portfolios,” explained Bertomeu.

“The judge has been very proactive and can see that crimes have been committed, but it will be a very long process, “ he added.

Bertomeu believes that if ‘everything goes to plan’, a trial date could be set for next year.

“I hope this case will set a precedent, as the whole system has failed by not offering protection to citizens who trusted it and were merely exercising their rights,” he said.

Coordinator Brooks, who is based in Granada, added: “All the defendants, apart from Darren Kirby have been cross-examined and the judge has enough information to go to the next stage, which is to see the complainants themselves.”

She also paid tribute to the group fighting for justice: “The 17 complainants have worked so hard and without their great sacrifice we wouldn’t have got this far.”

“The rest of the victims should take a lot of comfort in the fact that the judge wants to move this case forward.”