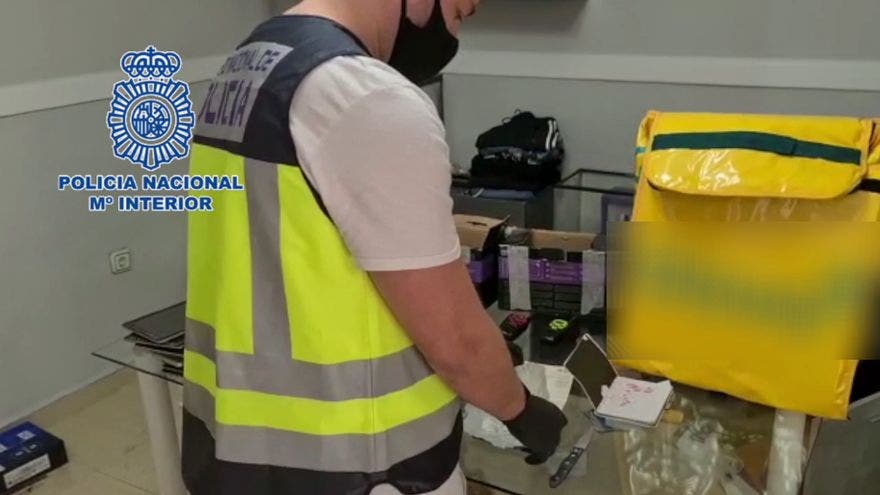 AN Alicante man has been arrested for pretending to do home deliveries as a front for selling drugs.

The 33-year-old Venezuelan travelled around the city on an electric scooter and a backpack emblazoned with the logo of the well-known delivery company, Glovo.

He hoped his fake identity would help to detract from any interest in his real business which was selling drugs on the street.

The Policia Nacional stumbled on his operation when they saw him get off the scooter and approach a young man on the pavement.

Unknown items and money were exchanged leading them to suspect that drug dealing was going on.

Officers followed him to a nearby house and saw him leave shortly afterwards to conduct another outdoor transaction.

He was arrested at his home with a quantity of cocaine, marijuana and crystal meth seized.

A imitation gun and €200 in cash were also removed in addition to 17 tablets of an unknown substance.

The man’s activities are far from unique.

A number of arrests were made in Alicante Province during last year’s first State of Alarm as young people assumed the bogus mantle of delivery riders to keep their drug sales going during the strict lockdown.