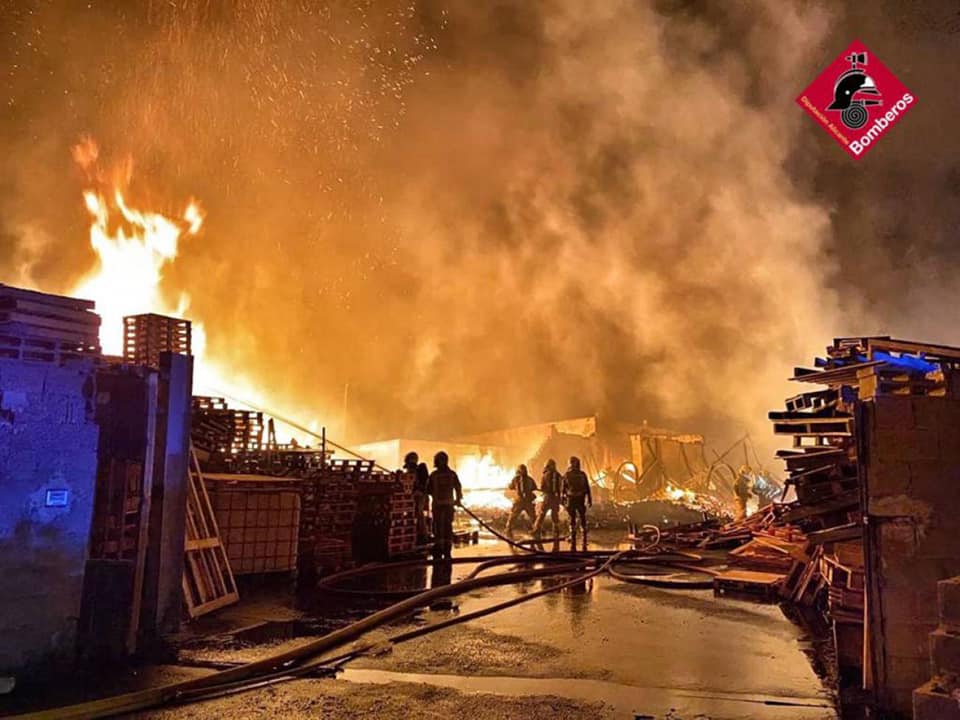 A man’s pet dog was his undoing after it led to his owner’s arrest over two arson incidents that caused €600,000 of damage on the Costa Blanca.

The 47-year-old Spaniard started fires at a pallet-making company in Cañada del Fenollar last September and then struck again in February.

The blazes hit outdoor storage areas and also part of a building.

Investigators concluded that both fires were started on purpose.

An eyewitness saw a man with a dog close to the February incident and that resulted in a major breakthrough for the Policia Nacional to get the culprit.

A check with their Guardia Civil colleagues revealed that a man with a dog had been arrested last year for a causing a series of fires on the same day in San Vicente del Raspeig.

The fire-starter caused damage to several cars on that occasion and the Guardia provided his details for the Policia Nacional to arrest the perpetrator.