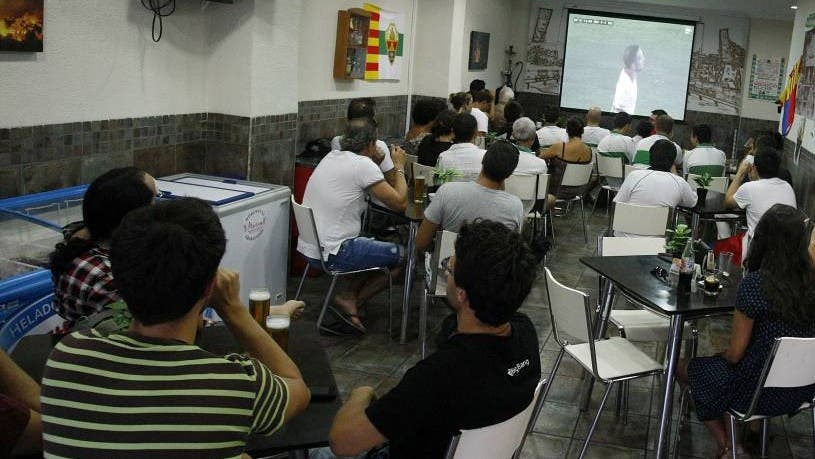 UP to 50 Alicante City bar owners could each get a one-year prison sentence for screening La Liga football matches without paying for a license.

They were raided in December 2018 as part of the Policia Nacional’s ‘Operation Themys’ to stop clandestine viewings of live football on illegal equipment.

Prosecutors want the owners to go on trial and to get a 12 month jail term which the offenders will not have to serve if it is their first criminal transgression.

The bar owners would be charged for a crime against intellectual property but lawyers acting for La Liga believe the proposed punishment is too lenient.

The venues were written to and asked to stop, or to pay for a license to legally screen the matches..

Almost half of the bars ignored the letter forcing La Liga to make a formal complaint to the Policia Nacional.

La Liga claim that pirated viewing is costing them around €500 million in income each year..