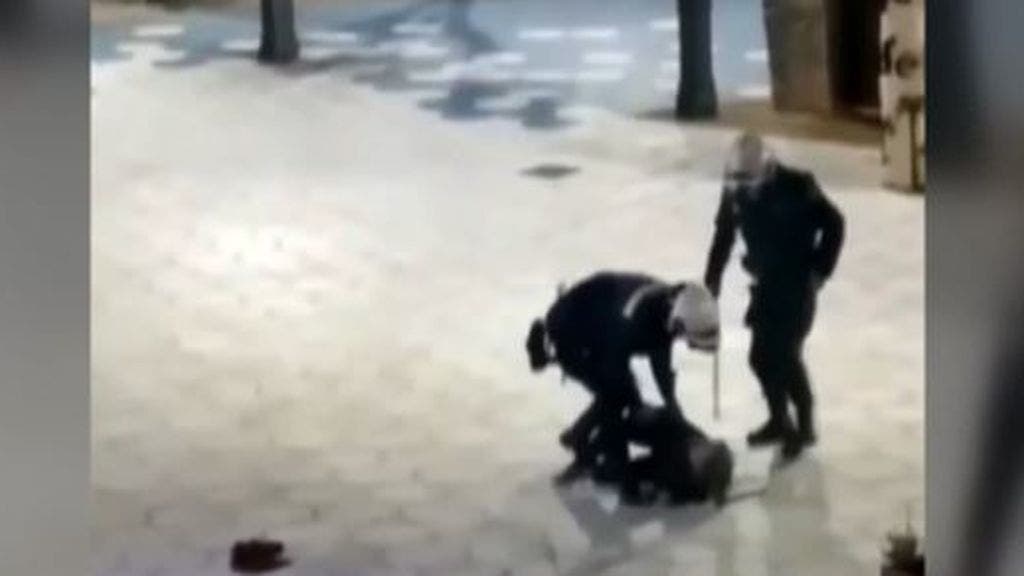 TWO Policia Nacional officers are being investigated over their physical response to a young woman who broke COVID-19 curfew rules in Benidorm.

They say the woman knocked one of them off his motorbike.

The incident happened last Wednesday night(March 24) at 10.13pm, with the night-time curfew for the Valencia region starting 13 minutes earlier.

A resident recorded part of what happened from her apartment window after she heard a loud bang.

The 40 seconds of footage showed the officers restraining the woman and hitting her several times with a truncheon as well as kicking her.

Besides breaking the curfew restrictions, she caught the attention of the two men for not wearing a mask.

The Policia Nacional has taken statements from the two officers but they have so far not been charged or arrested.

They have reportedly said that they were sat on their two patrol bikes and that the woman attacked one of them causing him to fall off his motorcycle.

The video footage taken by the Benidorm resident only starts when the officers tried to detain the curfew-breaking female.

The resident reported that police ‘reinforcements with vans’ then arrived to take her away.

A report has been sent to the judicial authorities who will decide on whether the officers will be prosecuted for using too much force.