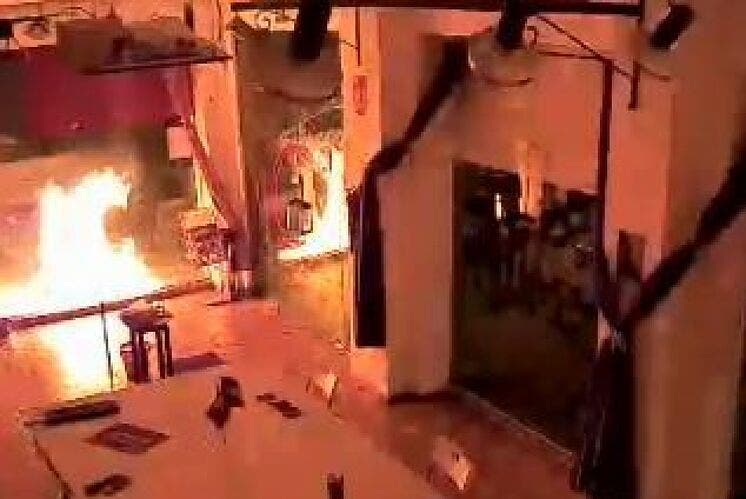 AN explosive device was thrown last night (April 1) into the Cartagena office of the far-left Podemos party and slogans daubed over the front windows.

Regional and national Podemos figures have pointed their finger at ultra right-wingers for being behind the attack.

Security cameras captured the incident which firstly saw the shattering of a window.

Anti-Podemos slogans were also smeared on the windows like ‘No to State Terrorism’.

“This incident could have led to human injuries and not just material damage,” he added.

It was the third attack on the Podemos building in less than a year and the footage has been sent to the Policia Nacional.

The party’s national leader, Pablo Iglesias, said:”The street terrorism of the ultra-right will not intimidate us as we stand against violence to protect democracy and social justice.”

Cartagena’s socialist mayor, Ana Belén Castejón, said: “I condemn something like this attacks peaceful coexistence between the people of Cartagena.”

“Intolerance and hatred must have no place in democracy.”