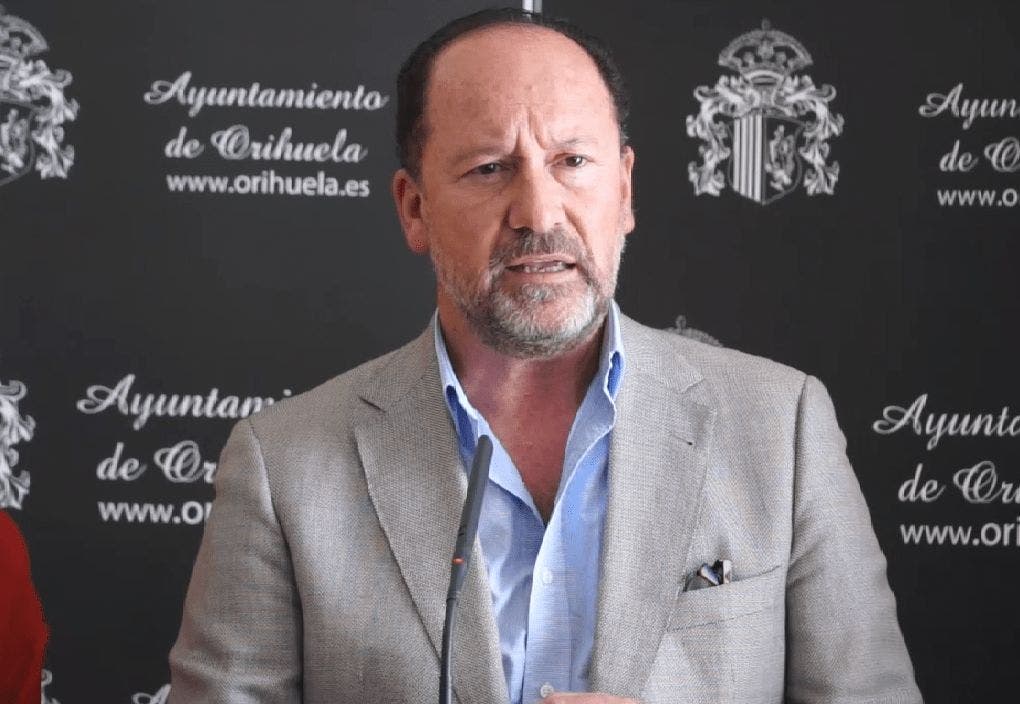 ORIHUELA mayor, Emilio Bascuñana, will go to court to answer a charge that he embezzled over €200,000 of public money over a non-existent job.

The Anti-corruption Prosecutor’s Office has denounced Bascuñana, of the Partido Popular(PP), who has been mayor of the Vega Baja municipality since 2015.

He will have to testify before an Orihuela judge sometime this month.

The charge predates his mayoral period and concerns his previous job as a doctor.

Prosecutors say that Bascuñana worked as a health inspector for the regional health department from November 2007.

A year later they claim that there was no record of him doing any work in spite of him getting paid.

They allege that he pocketed €202,170 for doing nothing for five years.

Bascuñana used a social media video to describe the charge as an ‘absolute lie’ and that everything would be ‘made clear’.

The health ministry launched a probe in 2019 and last year their file was used as the basis for anti-corruption prosecutors to start their investigation.

The regional Informacion newspaper says that prosecutors found no record of the mayor working as a health inspector for most of the period between 2007 and 2013.

Bascuñana has countered by saying that he provided ‘advice and support’ which did not require written reports.

He added that he had no need to work from an office as his job was ‘out on the road’.

The PP in Alicante Province has formally opened a file over the matter, which they are required to do under their rules.

President, Juan Francisco Pérez Llorca, said: “We are going to wait for the judicial process to play out and for the mayor to testify and explain himself. The PP supports him and believes in his innocence.”

The PP governs Orihuela in coalition with the centrist Ciudadanos party.

It’s spokesman, Jose Aix, said: “We need some calm but if the allegations are true, it would be very bad news for Orihuela and we would ask for the mayor to take responsibility.”

The Socialist opposition on the council have called for Bascuñana’s immediate resignation.