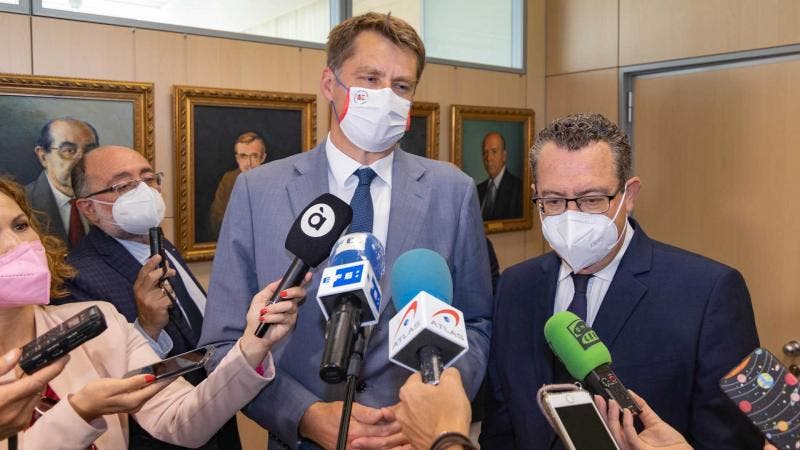 THE UK ambassador to Madrid has said that it is unlikely that parts of mainland Spain will be allowed on the UK’s travel green list and not others, even if the local infection levels meet required thresholds.

Hugh Elliott made the comment during a visit to Benidorm today (June 2) for talks with mayor, Toni Perez, and representatives from tourist groups and hotel associations.

Elliott ruled out any ‘preferential’ treatment for the Costa Blanca and the Valencian Community despite the area having some of the lowest COVID-19 infection rates in mainland Europe.

“Doing it by cities or regions is not logically feasible,” Elliott said in an interview with Onda Cero.

“We will need a bit more patience.”

He praised all of the ‘effort and work’ that has been done to counter the coronavirus on the Costa Blanca but offered little joy to the area’s tourist industry.

Spain’s average infection figures are at 120 cases per 100,000, but the rate comes in at around 40 across the Valencian region and below 30 for the Costa Blanca.

The country is on an ‘amber’ travel list which means people returning to the UK have to go into home quarantine and take a series of expensive PCR tests to prove they are COVID-19 free.

Without Spain getting ‘green’ status, the lucrative visits from the vast majority of UK tourists will not happen due to the mandatory testing and quarantining on their return home.

Changes to the list of quarantine-free countries are expected to be announced for England tomorrow (June 3) with amendments coming into effect a week later.

Spanish ministers have been making optimistic noises that the country would make it onto the list, but the infection rate average would need to be around 50 cases per 100,000.

Appeals have also been made for regional exemptions.

Last week, the Valencian president, Ximo Puig, met Hugh Elliott for talks in Madrid, but came away with nothing.

There is speculation that the Balearic and Canary Islands might appear on the latest English list update, despite both sets of islands having higher infection rates than the Costa Blanca.

The Benidorm-based HOSBEC hotel association said last month that around 40% of their member hotels would not be reopening until July due to the lack of UK tourists.