Home Costa Blanca Divers fish out dozens of tyres from just one small area of... 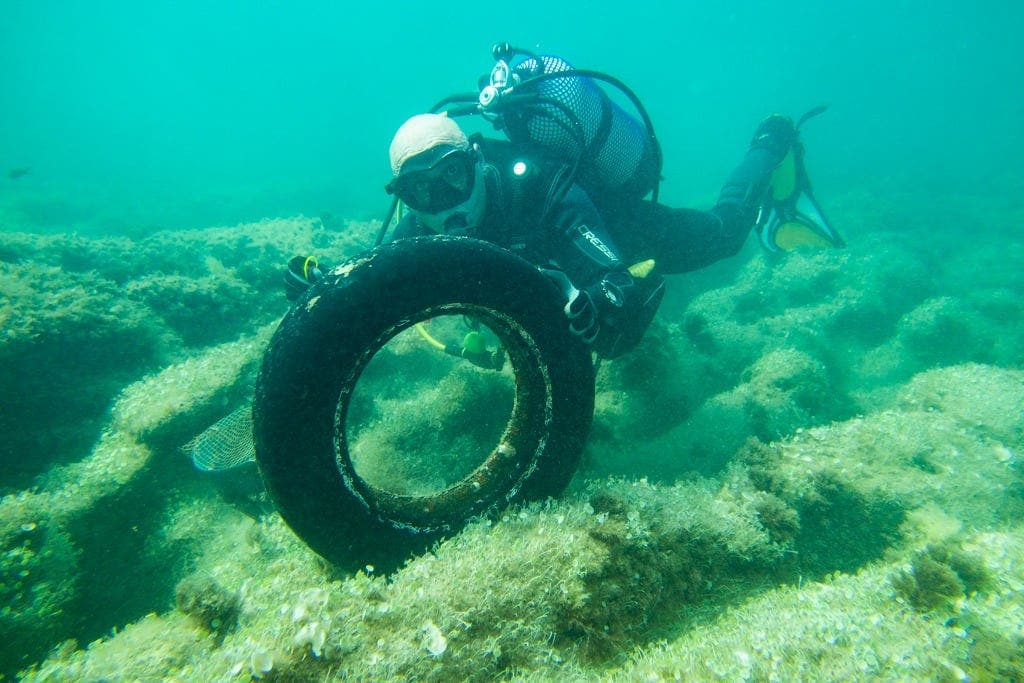 400 kilos of rubbish, including 53 tyres, were removed in a weekend clear-up around Javea’s Punta de l’Arenal beach and Primer Muntanyar.

It was a part of an initiative started in 2018 called ‘Project Libera” aimed at curbing the consequences of abandoning garbage in natural areas of Spain that would impact on the eco-system.

The work in Javea was co-ordinated by Red de Vigilantes Marinos(Marine Watchers Network) with divers removing the car and bike tyres from local waters.

They said the actual number of tyres was at least double but were buried in the sea bed.

Other items fished out included iron and steel pipes as well as a sink and clothing.

49 members of local groups came together to pick up 400 plastic and glass bottles from the shoreline.

300 cigarette butts were retrieved in addition to cans, condoms, and plastic bags.

Ten bags were filled with discarded ‘wet wipes’ which are one of the more recent new challenges to the environment.

DRAMATIC BLAZE IN SPAIN: Over 100 firefighters battle to contain wildfires ripping through Tarragona

Charities in Malaga, Alicante and Almeria receive 24 tonnes of food for the increasingly vulnerable in Spain