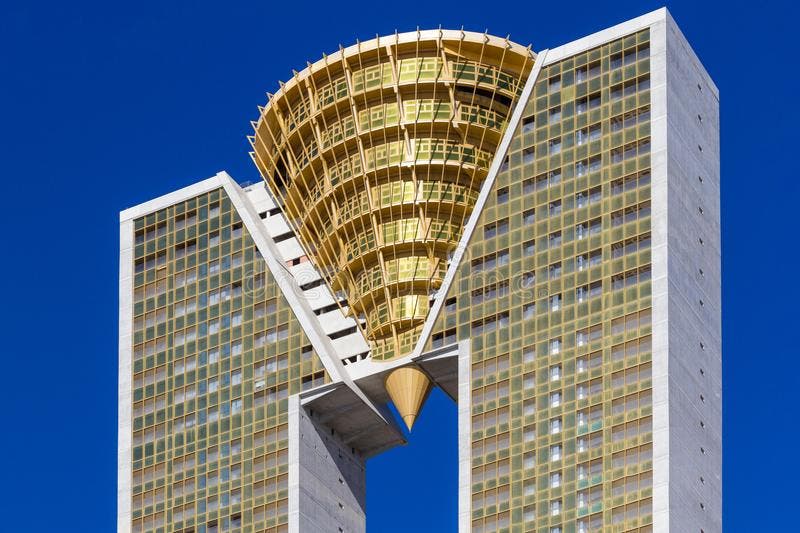 WORK on completing the interior of Benidorm’s Intempo skyscraper is set to end this July.

The Intempo will become the tallest residential building in the European Union with 47 floors in the 198 metre-high structure.

Uniq Residential has been undertaking the internal construction and the developer says that reservations for the 256 homes have now passed the 40% mark.

The skyscraper has a long chequered history with work on the structure starting in 2007 with a scheduled completion date of 2009.

The economic crisis of 2008, which badly hit Spain’s real estate sector, caused the first in a set of serious delays.

The Intempo was almost finished in 2014 but the promoter went bankrupt.

The skyscraper was bought by SVP Global in 2018 with an initial projection that the building would be fully completed by the first quarter of 2021.

Prices for an Intempo home range between €250,000 to over €1 million, with the costs rising the higher you go up the structure.

Uniq Residential marketing director, Angel Gregori said: “The finish of the Intempo work represents a great milestone in the residential sector, not just locally, but also from a national and international perspective.”

The Intempo will have a children’s area of over a thousand square metres plus a large terrace restaurant.

The top two floors will have an infinity pool, massage areas, a sauna and gym, plus jacuzzis.

READ MORE A LOOK INSIDE AN INTEMPO €500,000 APARTMENT IN BENIDORM