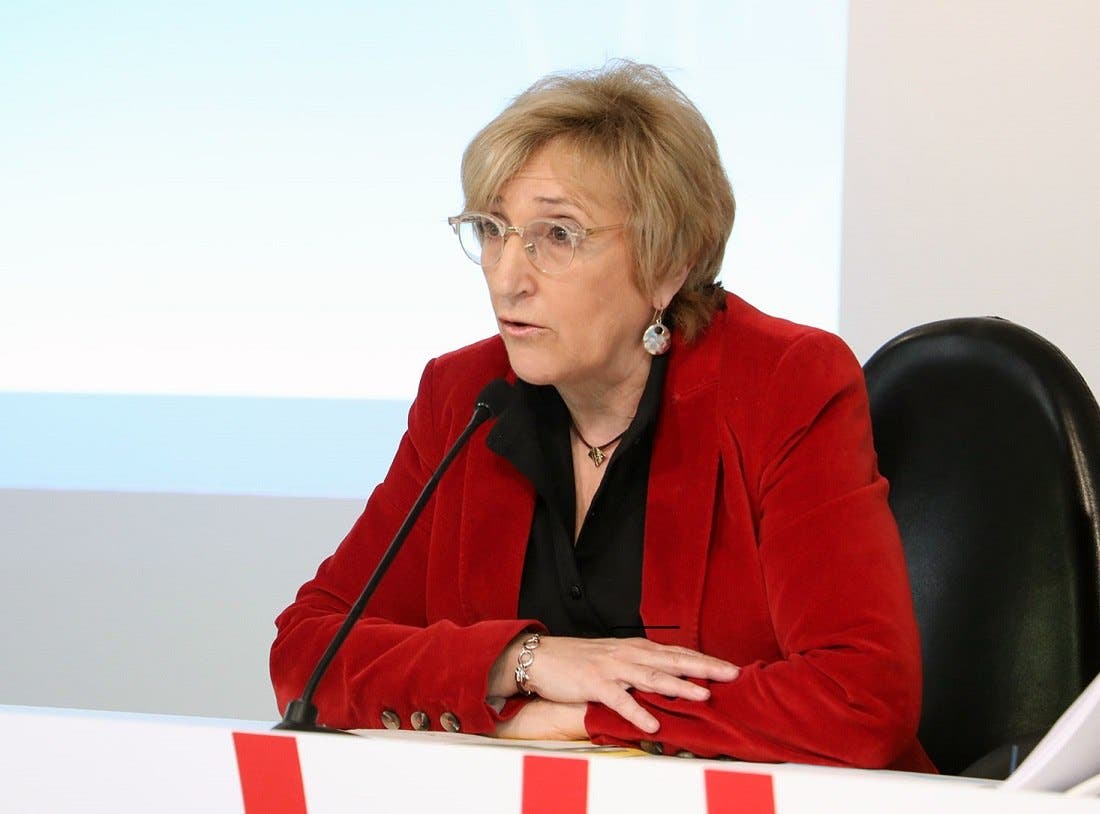 VALENCIAN Health Minister, Ana Barcelo, has ruled out bringing forward COVID-19 vaccinations to people in their twenties because there are not enough doses.

Speaking at a forum today(July 1), Barcelo said there was ‘no fourth wave of the pandemic’ in spite of a recent rise in coronavirus cases.

She stated that low hospital admission numbers and deaths have been achieved by ‘protecting the elderly’ and ‘everything has been moved to the ages of 15 to 29’.

Over half of new coronavirus infections in the Valencian Community are now being recorded in the 15 to 29 age group.

Barcelo confirmed that jabs for the 20 to 29 age range will start being offered in the second week of August, as per the previously announced schedule.

Ana Barcelo said; “We are not going to advance vaccinations to the youngest but we ask them for responsibility.”

“I appeal for prudence to be shown by people organising end-of-year school and college parties,” she added.

“It is not possible to advance the vaccinations to that group,” she commented

Vaccines for the 30 to 39 age category have been brought forward by 12 days and will start being administered from the week beginning July 12.

Barcelo did say that some residents in their 60s will not have to wait the full 12 weeks to get their second AstraZeneca injection and are getting appointment details at the ten-week point.

“We will vaccinate 160,000 people with AstraZeneca next week, advancing the schedule in some cases.”

NEW COVID INFECTIONS TRIPLE IN A WEEK IN VALENCIAN COMMUNITY