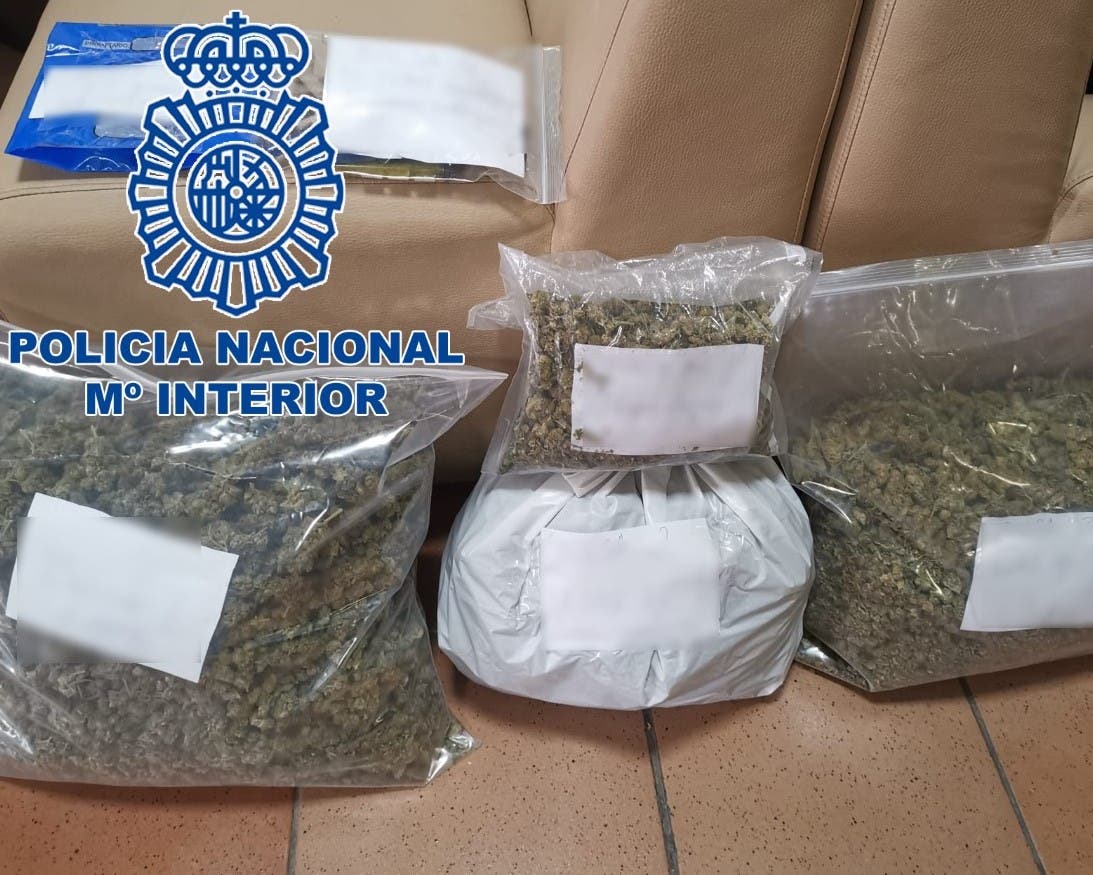 A British president of a Denia-based cannabis club has been arrested for drug trafficking.

It’s the latest move by the Policia Nacional against local cannabis groups after the president of another club and three associates were arrested in March for selling drugs out of Denia houses.

Cannabis clubs in Spain operate under the legal loophole of people being allowed to smoke marijuana ‘privately’.

Clubs are only open to registered members and the selling of marijuana is banned.

Officers got suspicious after spotting over €8,000 in notes stuffed in a plastic bag.

Aware of her interests, the Policia Nacional launched an operation to find out what was going on at her club headquarters and whether she was running a clandestine business.

Plain-clothed and uniformed officers monitored the address and spotted club members or customers entering and exiting the building within seconds.

The clients were intercepted and various amounts of drugs, mainly marijuana, were seized from them.

With plenty of evidence at their disposal, the police returned another day to arrest the club president as she was about to open the premises.

Officers netted over four kilos of marijuana along with a small amount of hashish plus weighing scales and around €400 in cash.