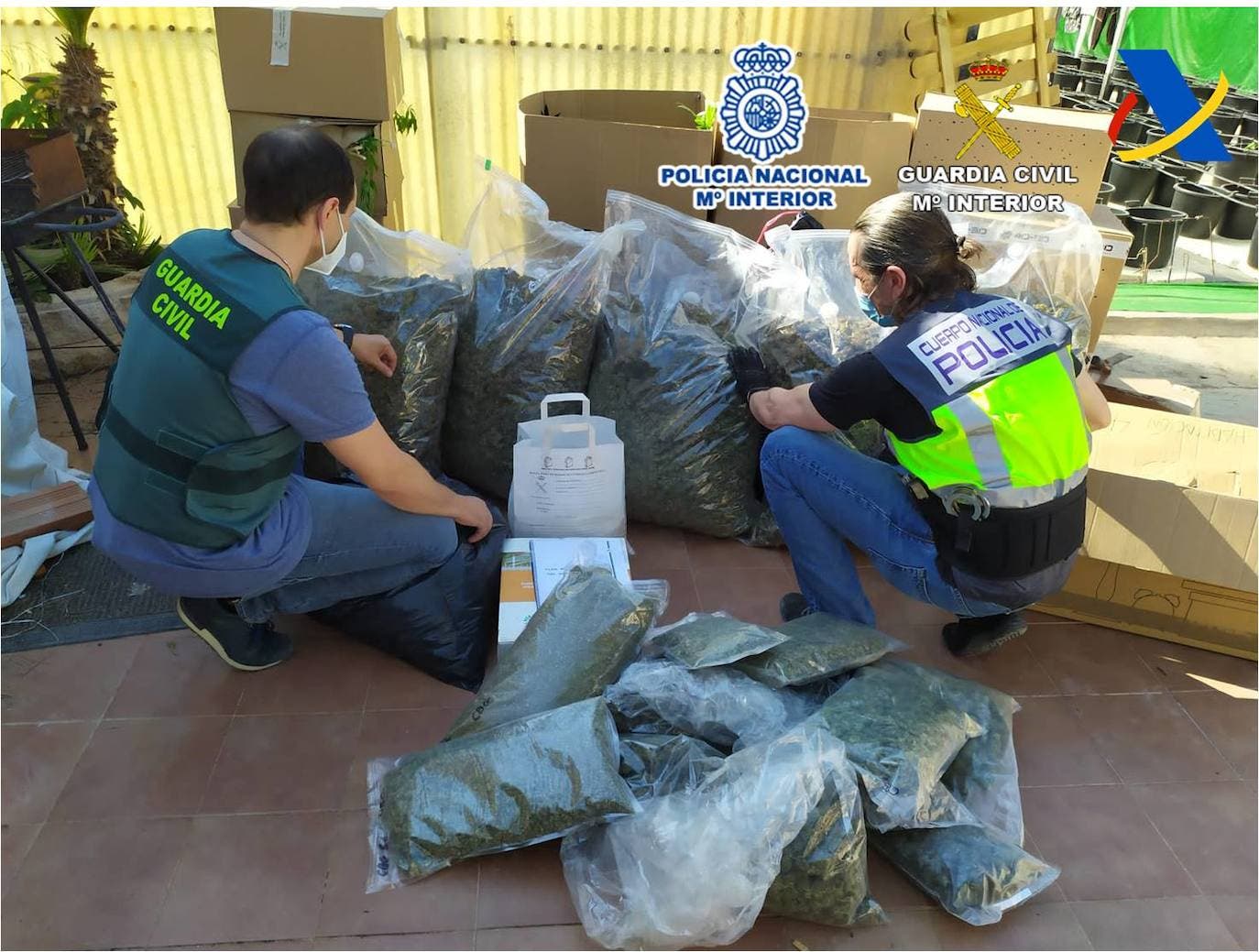 FOUR men have been arrested over a major marijuana growing and shipping operation that dispatched customer orders from Alicante-Elche airport.

The criminal enterprise was co-ordinated in Alicante with the two ring-leaders supervising a marijuana farm and processing unit in Elche.

The gang had a treatment and packing sub-division in Gandia that parcelled up batches to be flown out of Alicante-Elche airport via logistics companies.

The joint operation between the Guardia Civil, the Policia Nacional, and the Tax Agency discovered a sophisticated laboratory in Elche, alongside the marijuana farm.

The site included ‘state-of-the-art’ equipment which converted the drug into oils and powders.

Simultaneous police raids at three locations netted over 113 kilos of vacuum-packed cannabis and 5,367 marijuana plants, in addition to the processed drug in bottles and tins.

The arrested men were bailed after an Alicante court appearance.

They have been charged with drugs trafficking, the illegal possession of a weapon, and belonging to a criminal group.