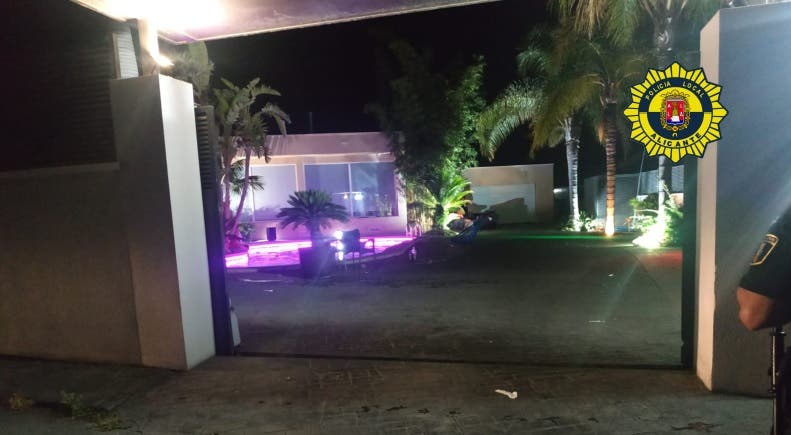 OVER a hundred people were rounded up by police for attending an illegal ‘birthday’ party at a La Cañada villa in the Alicante area.

Some of the guests leapt over a wall and hid in the undergrowth to avoid a fine.

The organiser, who claimed it was a private birthday party, could be fined up to €600,000 for breaking COVID health rules.

The birthday celebration was advertised on social media and guests paid an entrance fee and got a plastic wristband.

Officers swooped on the property after getting complaints about loud noise and reading some of the social media postings.

Guests travelled from across the Valencia and Murcia regions, as well as from Santander in northern Spain, to the ticketed event.

The police raided the villa shortly after midnight on Sunday morning(July 11).

Officers saw countless health rules being broken including no social distancing or mask-wearing in addition to smoking and dancing.

The guests were also breathalysed before they were allowed to leave in their cars, after they were all sanctioned.