Home Other News Environment Thousands of dead fish and marine life wash onto beaches of the... 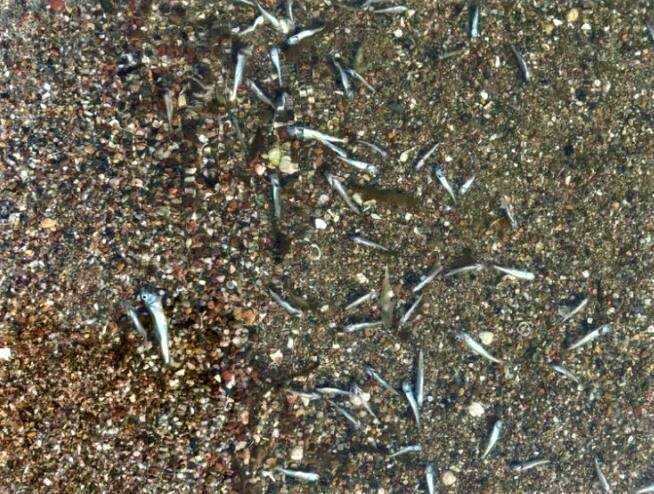 In October 2019, swathes of oxygen-starved fish washed onto lagoon beaches.

Thousands of small dead fish as well as octopus and shrimp washed ashore.

The regional prosecutor’s office is leading a probe and Murcia government officials have taken water samples from the area.

‘SOS Mar Menor’ group campaigners say the new incident was caused by high temperatures and a lack of wind cutting oxygen levels in the lagoon water.

Reports from the regional newspaper, La Verdad, suggest that prosecutors are looking into a different reason.

They will focus on whether a general deterioration of the lagoon was behind the deaths or whether it was a specific case of pollution.

Court probes are already taking place into the unauthorised use and dumping of desalinated water in the lagoon by farmers in the Campo de Cartagena area.

Meanwhile the Murcia government says that it will file a complaint with prosecutors against Spain’s Ecological Transition Minister, Teresa Ribera.

The Partido Popular(PP) regional administration says that the PSOE minister has done nothing to stop fresh water and nutrients being poured into the Mar Menor.

They also claim Ribera broke promises made over removing sludge.

Regional agriculture and environment minister, Antonio Luengo, said: “We are taking action due to the attitude of the Spanish government with all of the resulting environmental consequences.”

The PP have run the Murcia regional government since 1995 and have been criticised for not doing enough themselves during their tenure over the Mar Menor.

The lagoon has been branded by campaigners as one of Europe’s major environmental disasters.

Alex Trelinski - 18 Jan, 2022 @ 19:15
THE body of a British man was recovered from his Murcia region home after relatives in the UK could not contact him for three...