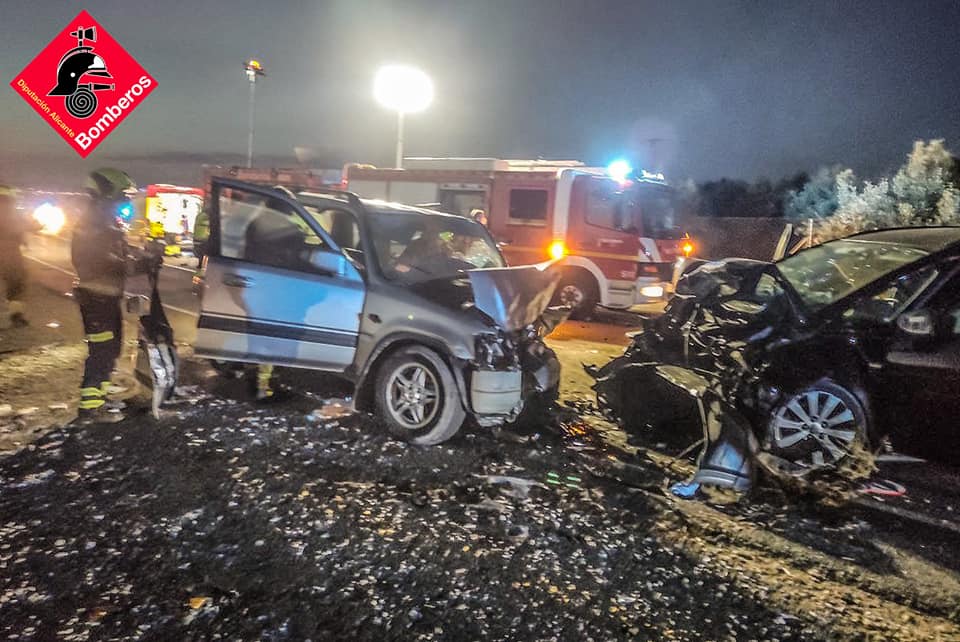 TWIN nine-year-old girls were seriously injured in a car crash on an Elche area road on the Costa Blanca on Wednesday(October 13).

Two cars collided ‘head-on’ along the CV-853 at the La Marina roundabout in La Hoya.

The twins were travelling with their parents in one vehicle and the other car had two passengers.

Firefighters released two people who were trapped in their vehicles.

The girls suffered the worst injuries in the accident which happened at around 6.40 pm.

Paramedics revived one of the twins after she suffered a cardiorespiratory arrest along with serious multiple injuries.

She was taken to Alicante General Hospital with her sister who had abdominal injuries.

Her parents had suspected pelvic and collar bone fractures and were transferred to Elche’s Vinalopo Hospital.

Ambulances took the couple in the other vehicle to Elche General Hospital with the man and woman suffering leg and elbow fractures.