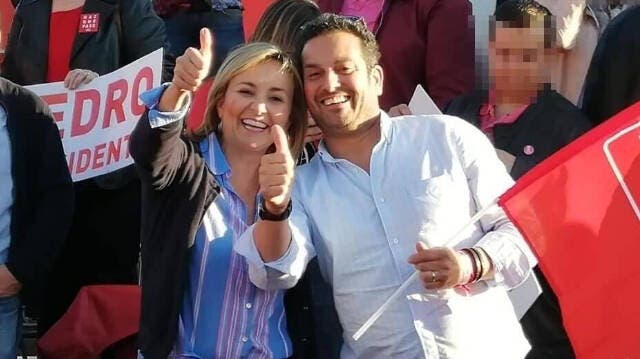 A Denia judge has summoned the mayors of El Verger and Els Poblets, Ximo Coll and Carolina Vives, to give evidence over COVID-19 vaccine queue-jumping in January.

The married Costa Blanca mayoral couple got their first shots of the vaccine on January 8 in breach of age and priority rules.

The transgression was prompted by Coll getting a phone call with news of unused doses at the El Verger health centre.

He was told the vials would go to waste if they were not used.

Coll and his wife then went to the centre along with some police officers to take advantage of an unexpected early inoculation.

Alicante’s anti-corruption prosecutor sent a file to the Denia court in July.

It accused the couple of an ‘abuse of power’ and committing a crime of improper passive bribery.

The Denia judge subsequently opened a preliminary investigation to see if the couple have a case to answer at a possible trial.

The two mayors have now been summonsed to give their side of the story on November 12.

Coll and Vives were both suspended from the regional socialist party(PSPV) in February.

They also survived ‘no confidence’ votes to remove them from their mayoral positions on their two councils.

A Villajoyosa judge ruled this month that there was enough evidence to proceed with a trial against La Nucia’s Partido Popular mayor, Bernabe Cano.

He also got an early vaccination shot in January and has been charged with bribery and prevarication.

Cano said this week that he was launching an appeal against the judge’s decision to proceed with the case.