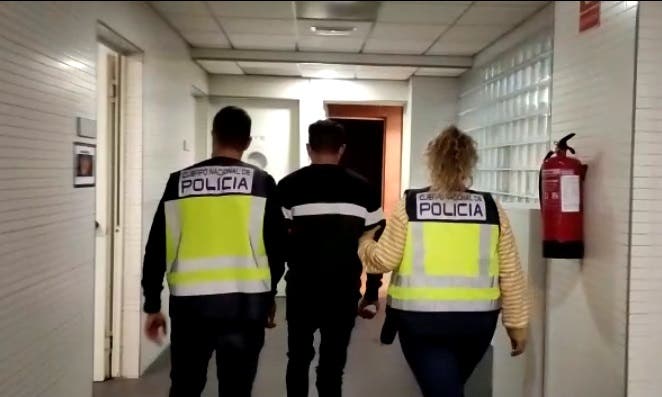 AN elderly Alicante woman was violently assaulted and left in a pool of blood after a man offered to help her get into her home.

The victim, 78, suffered a severe neck wound as the man tore off her necklace.

He also caused wrist injuries when he stole her bracelets.

The attacker, a 36-year-old Spaniard, has been arrested by the Policia Nacional.

Officers discovered the stolen items stuffed down the front of his underpants.

They revealed he has an extensive criminal record including a number of robberies.

The lady told police that the man accosted her at the main entrance to her Alicante apartment block.

He offered to help her get inside but she declined.

The man followed her indoors and when she opened her apartment front door, he shoved her into her home.

He then violently threatened her unless she ‘gave everything she had’.

After fleeing the scene, a relative of the victim arrived to help the woman, followed by police officers.

She gave them a good description of the offender who was quickly detained in an adjoining street.