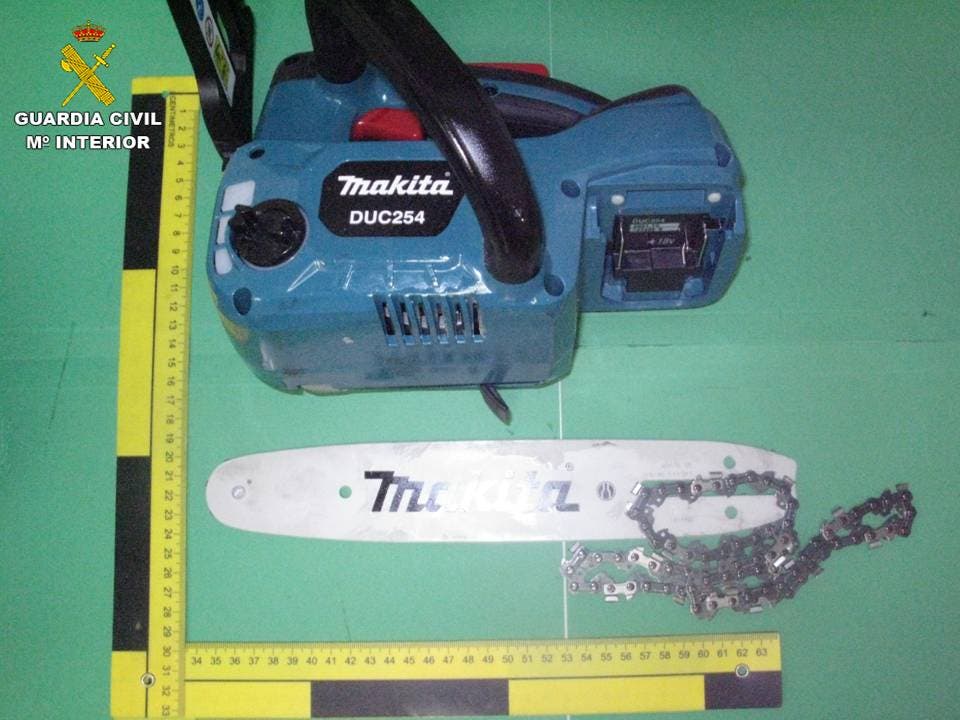 A British man took the law into his own hands after using a chainsaw to attack a man who he wrongly believed was a thief.

The business owner, 42, has been arrested in Rojales by the Guardia Civil.

He has been charged with assault and making serious threats.

The victim, a 20-year-old Spaniard, required 15 stitches and surgery on his nose.

The Brit had suffered a series of robberies at his business on an industrial estate in San Isidro.

On February 3, he saw a car with two people loitering around in the vicinity and believed that might be going to stage a break-in.

He got into his car and chased them down before blocking their way.

The Brit exited his vehicle and produced a fake gun as he threatened to kill the two occupants.

He returned to his car and went to the boot to get a chainsaw, which he then poked through a passenger window before a struggle broke out.

One of the men in the vehicle suffered his nasal injury with the saw during the confrontation.

The aggressor left the scene before a routine Guardia Civil patrol from the Dolores barracks spotted the aftermath of the confrontation.

The British national was registered at several addresses but was eventually found and arrested at a friend’s home in Rojales.

He confessed to what he did and cooperated full with Guardia officers.

The businessman was bailed after an Orihuela court appearance.