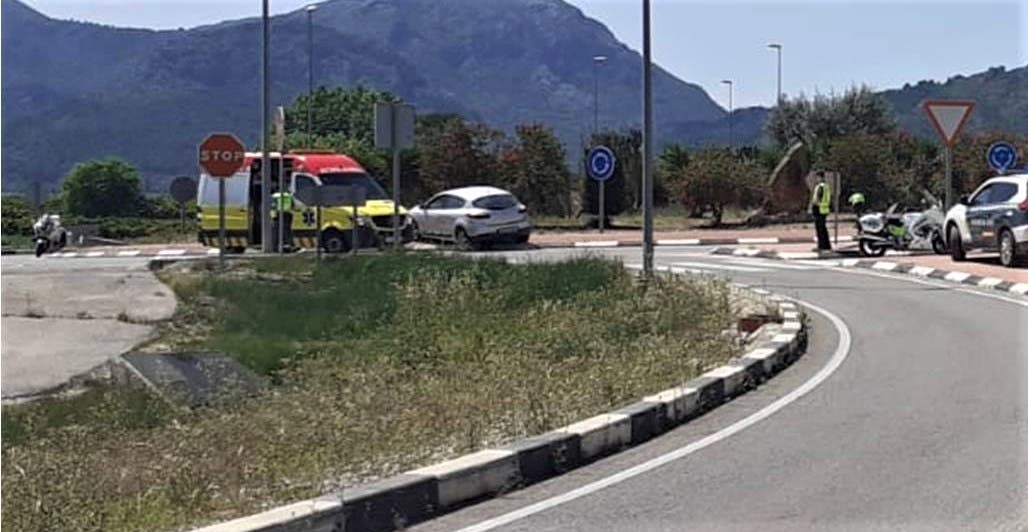 A drunk motorist caused chaos on a Costa Blanca road on Sunday after driving for over two kilometres in the wrong direction.

The woman, 52, was found to be seven times over the alcohol limit after her car ended up in a roundabout on the CV-729 in Sanet y Negrals.

Motorists had to dodge the intoxicated driver, who was travelling by herself on the wrong side of the road.

The Guardia Civil received numerous reports, some accompanied by videos, about the errant motorist.

Vehicles had to perform sudden evasive manoeuvres to avoid colliding with her.

Miraculously no other car was hit and her drunken journey ended when she incorrectly entered a roundabout and ended up on it.

The woman, a Spanish national, suffered no serious injuries.

An onsite breath test showed she had 1.90 milligrams of alcohol per litre with the limit being 0.25 milligrams.

She has been charged with reckless driving and driving under the influence of alcohol.