When most people dream of Italy, they dream of Rome, the country’s capital, and most famous city. It is filled with some of the most famous Italian monuments, structures, and art of all time, the most beautiful of which may just be the Trevi Fountain. 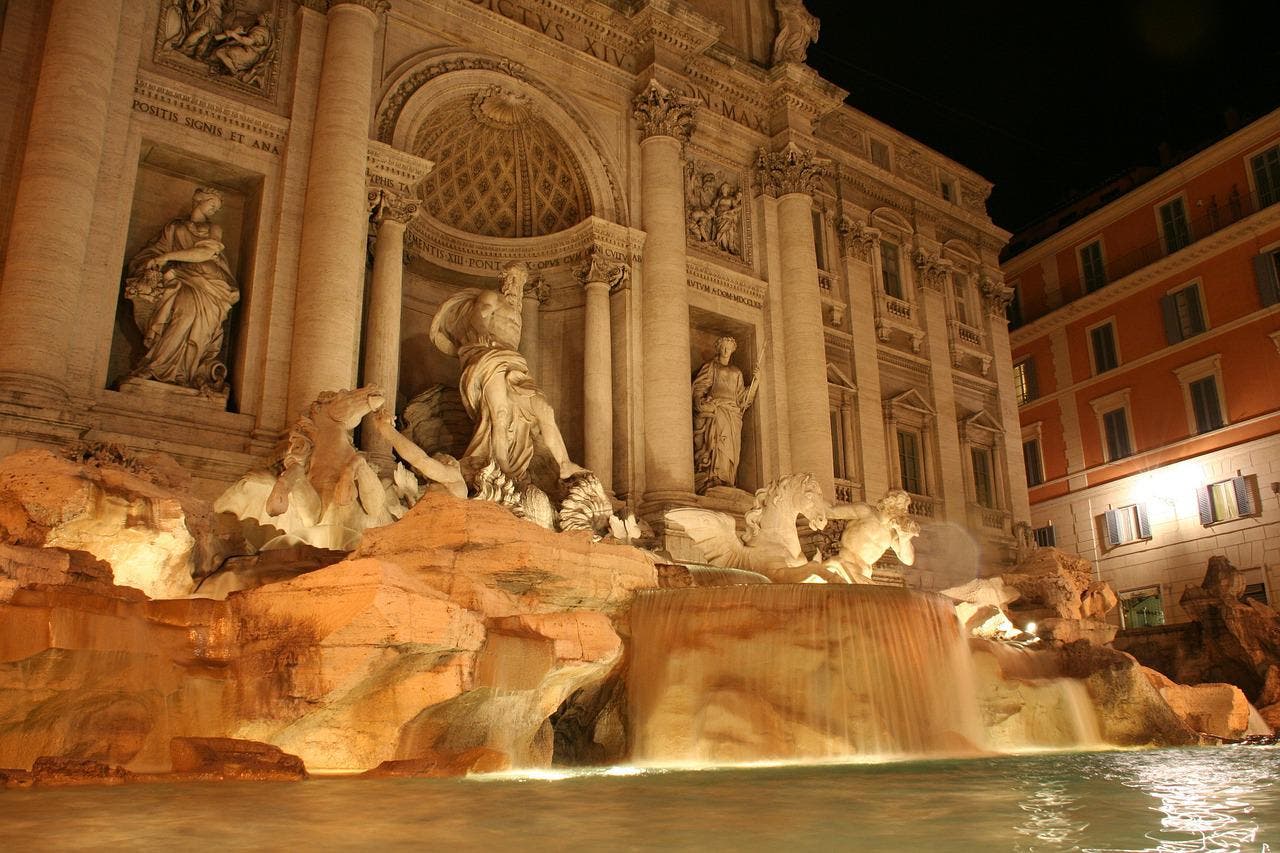 La Fontana di Trevi is one of the most popular tourist destinations in all of Italy. But how much do you really know about it? Here are ten facts about this stunning fountain you may have never heard before.

The Trevi Fountain Is Visited by a LOT of People

It Was Almost Designed by Another Architect

When the monument was set to be built in 1730, Pope Clement XII announced a contest to find the best architect in the country to build it. The winner of the competition was ultimately a man from Florence, but the residents of Rome were so outraged by the idea of a non-Roman designing a fountain for Rome that the Pope had to award the prize to someone else: Nicola Salvi, a Roman.

And… That “Architect” Had No Architectural Experience to Speak of

One would assume that a man elected to design such a huge, important piece of architecture for his city would have had at least a few years of architectural experience under his belt, but this was not the case for Salvini. While he had technically designed a set for a fireworks show in a nearby piazza once, Salvini was not an architect by trade. He was a philosopher and a poet, which, some say, is why the fountain is so dramatic and theatrical.

The Fountain’s Design Contains a lot of Symbolism

While many people think that the main figure in the center of the fountain is the Roman god Neptune, it is actually the Greek god Oceanus (you can tell because he doesn’t have a trident or dolphins around him). Oceanus is surrounded by Tritons, who are half man, half fish (so, mermen), all of which are used to symbolize an aspect of water. The one struggling with a horse to Oceanus’ left symbolizes rough seas, but the one with a calm horse symbolizes peaceful waters. Agrippa on the back and to his left with a toppled water vase is meant to represent abundance, while Virgo on the right stands for water’s benefits to health and wellness.

The “Trevi” in Trevi Fountain Has More Than One Possible Meaning

The Trevi Fountain is, first of all, named for the piazza the fountain is located in. But what is more interesting is that the piazza’s name means “three-ways,” and is meant to symbolize the meeting of three roads in that exact spot. Some say that it could also be a reference to the three-headed goddess Trivia, who protected Rome by using those three heads to watch in all directions.

This may sound strange since they look completely different, but the Trevi Fountain and the Roman Colosseum are made of the same material. It is called travertine stone, which is taken from the Tiber River, and is a mineral composed of calcium carbonite, which forms in spring water and hot springs.

Why You Should Toss a Coin into the Fountain

You know the scene from all movies set in Rome: someone tosses a coin into the Trevi Fountain. But why? This isn’t a wishing well, but it is true that coins are tossed in with the hope that the one tossing it will make a quick and safe return to Rome one day. If you toss a second coin after that first one, it means that you will not just make it back to Rome, but you’ll also find love. Three coins means you’ll find both of those things and some good luck too!

Now that you know more about the Trevi Fountain, you can enjoy your trip to see it even more. Just don’t forget to toss a coin in before you leave so you can come back soon!