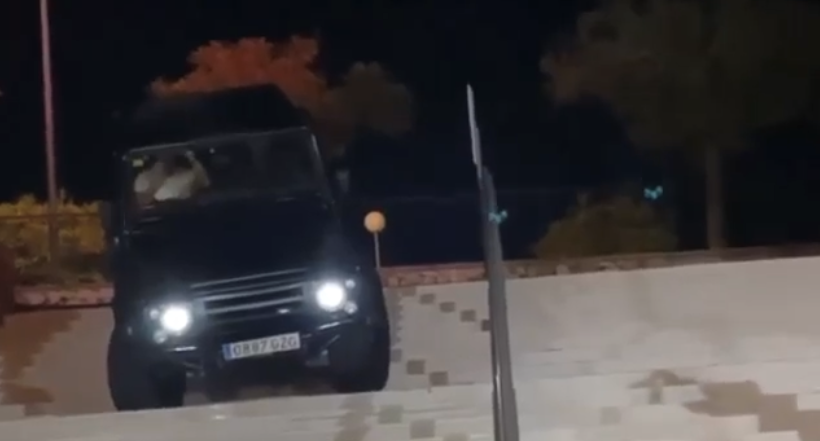 POLICE are searching for the driver who made a wrong turn down a stairway in Marbella damaging several steps.

The 4X4 was driven off the road and down the steps during the night on Friday August 26 in the Costa del Sol resort.

The unusual descent was caught on camera and posted on social media.

It wasn’t clear whether the wrong turn had been caused by blindly following GPS instructions, as this is often the cause of such errors.

Earlier this month a car was driven into the entrance of a Metro station in Madrid as its driver attempted to flee police.