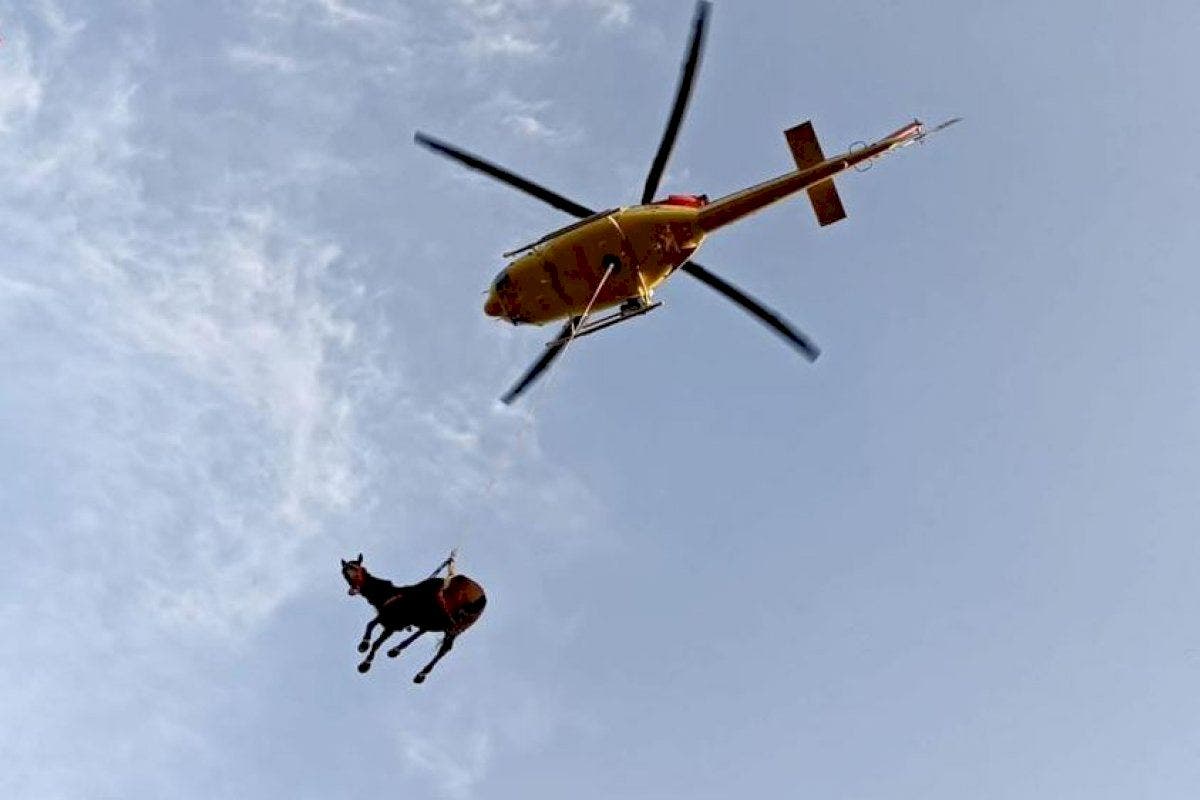 FIREFIGHTERS used a helicopter on Sunday to lift out a horse trapped in a seven-metre deep ditch in Pinoso, Alicante Province.

Alicante provincial fire crews initially tried to get the mare out by getting her to climb out using special catwalks.

Due to the stress and tiredness she suffered, they called in a helicopter.

The Special Rescue Group used slings to create a harness which they hooked up to the horse before lifting her out of the ditch.

It wasn’t the only animal rescue for provincial fire teams at the weekend.

A fox was rescued on Saturday after getting tangled up in some tarpaulin in the vicinity of the La Romana reservoir.