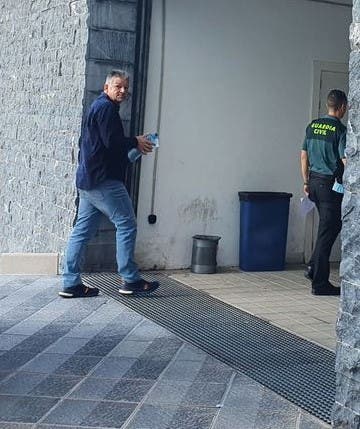 A Dutch handyman has been found guilty again of murdering a British pensioner to steal €550 from her purse.

The body of Margaret McNulty, 70, was found in her Granja de Rocamora home in November 2019, where she lived on her own after her husband died in 2005.

The Supreme Court(TSJ) ordered the retrial of Nicholas Pijnenborg after he was convicted of murder and robbery at his first trial in September 2022.

The TSJ in June said there were irregularities in the judge’s instructions to the jury which may have influenced their deliberations.

A fresh hearing in Elche saw the defendant plead guilty which resulted in a deal to reduce his prison sentence to 13 years for the killing and a further 21 months for the actual robbery.

He will also be on probation for ten years once he’s released.

The Dutch national has also been ordered to pay €52,000 in compensation to both of Margaret’s daughters.

Reports though suggest that nobody will get anything as Pijnenborg has been described as ‘insolvent’.

Last year’s trial heard that Mrs.McNulty had been brutally assaulted by Pijnenborg who she knew for four years.

He popped round to ask for a loan and when she pulled €50 out of her purse, he noticed that she had a lot more cash in it.

Pijnenborg grabbed her by the neck and threw her to the floor, before punching and kicking her to death.

He then stole €550 and spent some of it on that same November 2019 evening in nightclubs.