Home Other News Nature Scientists find fossils of Europe’s largest-ever turtle in Spain with size like... 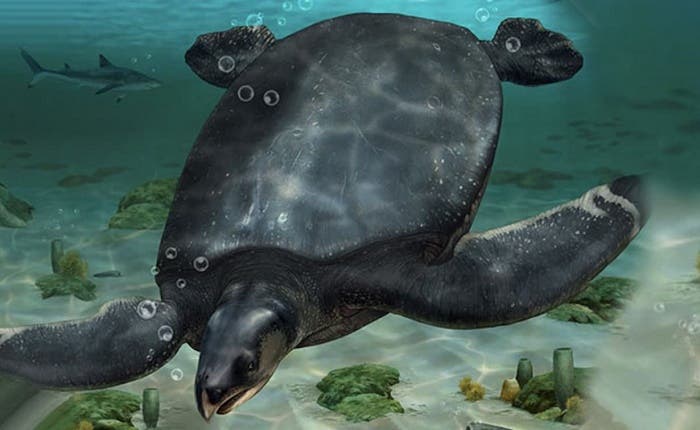 SCIENTISTS have identified fossil remains dating back 70 million years as belonging to the largest-ever turtle recorded in Europe.

A set of bones were found by a hiker in the Pyrenees mountains in northern Spain.

Palaeontologists have confirmed they are from the ‘giant beast turtle enigma’ coming in at 3.74 metres long- roughly the size of a Volkswagen Beetle car.

The experts discovered the giant turtle’s pelvis, along with the back section of its shell.

Even with a limited amount of evidence, they concluded the bones were part of a previously unidentified species.

An interesting feature was a section of bone that pokes out to the side of the pelvis.

This is known as a pubic process and its the first time that has been recorded in any species of turtle.

“This could have been linked to the respiratory system and might have helped the giant turtle to maximise its breathing capacity at great depths.”

His Barcelona team say that more bones need to be found before details about the turtle can be confirmed, including a more accurate estimate of its size.

John Culatto - 8 Dec, 2022 @ 09:00
THREE teenagers who attacked a young girl in Gibraltar will no longer be able to go out at night for the next three months. The...