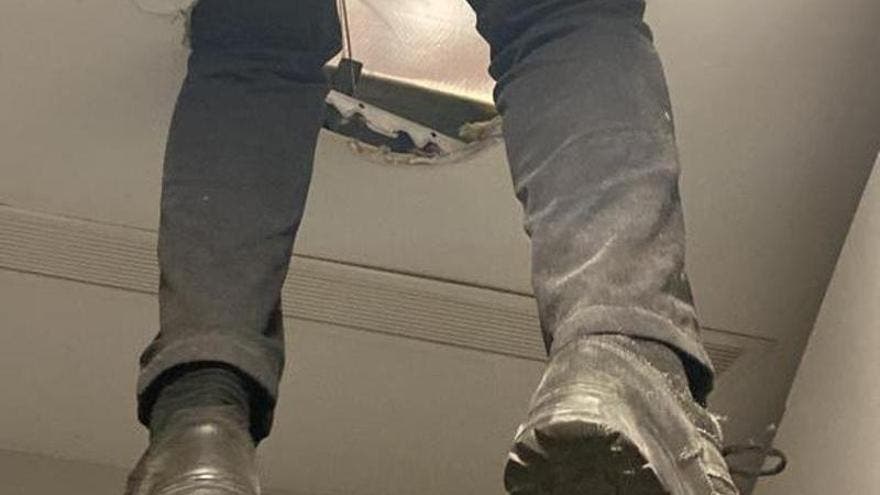 POLICE have arrested a thief who crawled through narrow spaces like ceiling air ducts to rob businesses in Santa Pola.

The man’s spree, which started in early October, ended at the city’s bus station when a cleaner caught him rifling through the cash register and locked him in the room.

He had caused concern among local business owners with a wave of robberies- sometimes twice at the same place.

The man had a penchant for accessing targets via narrow spaces almost like a contortionist.

The thief expected rich pickings from the bus station ticket office which he entered via a network of ceiling ducts.

After being looked in the room by the cleaner, he clambered back into the ceiling to avoid the clutches of the police.

Officers evacuated the bus station and followed him up into the roofspace.

They were attacked and injured after the robber tried to escape the same way he entered minutes earlier.

He was restrained and a stolen backpack was found to contain tools to make holes in ceilings and walls.

A variety of stolen items including cash and lottery tickets were found at his home and he was jailed after appearing in court.